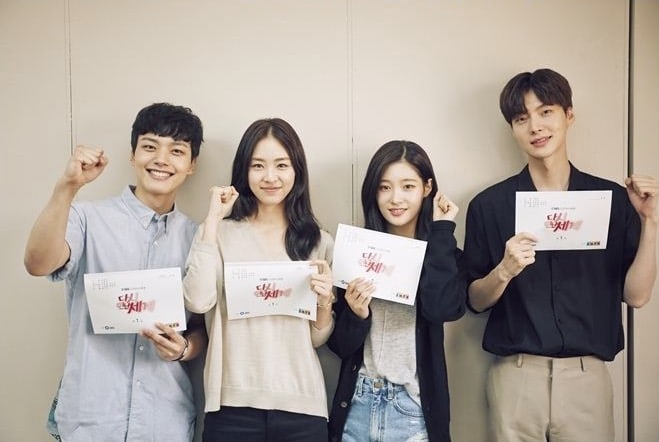 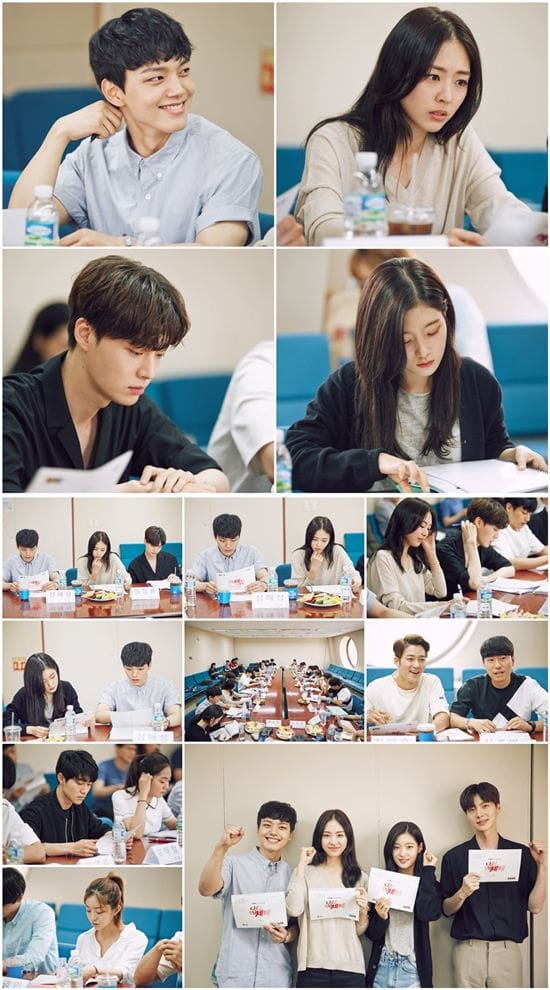 “Into the New World” is a fantasy rom-com about an eighteen-year-old boy and a thirty-year-old woman who were miraculously born in the same year and are childhood friends.

Yeo Jin Goo will play Sung Hae Sung, the mysterious boy who is legally thirty-one, but physically and mentally eighteen. The moment he entered the room, Yeo Jin Goo had a shy smile on his face, but once the script reading began, he became absorbed in delivering each line as Sung Hae Sung.

Lee Yeon Hee will take on the role of Jung Jung Won, a spunky woman who has five years of experience as a kitchen porter. She is determined to become a chef in memory of Hae Sung, who has disappeared.

Ahn Jae Hyun will be the handsome, friendly, and mature Cha Min Jun, who is the owner and main chef of the restaurant Jung Won works at. Ahn Jae Hyun caught everyone’s eyes when he stepped into the room, as he politely made a 90 degree bow to the actors and staff members there.

“Into the New World” is the third collaboration between screenwriter Lee Hee Myung and producer Baek Soo Chan after “The Girl Who Sees Smells” and “Dear Fair Lady Kong Shim.”

Meanwhile, “Into the New World” will air on July 19 after “Suspicious Partner.”