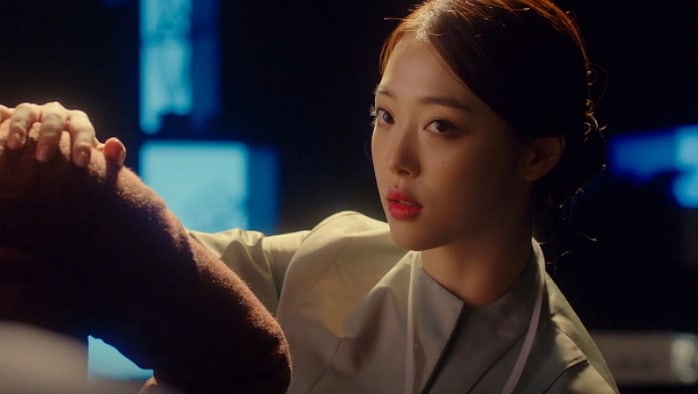 Sulli Shares What It Was Like To Film An Explicit Movie

It looks like Sulli is quite a dedicated actress!

During the press conference held on June 26 for upcoming film “Real,” Sulli was asked why she chose to star in such an explicit movie.

She answered, “It wasn’t an easy [decision]. I think I took on a big challenge as an actress. It was really hard and I had lots of worries, but it was pretty fun. It was a difficult challenge, but I was just really attracted to the script. I think my [nude] scene was necessary for the movie.”

When asked about her recent social media controversy, Sulli responded, “It’s a personal problem so I don’t think it’s a good idea to address it right now.”

Meanwhile, “Real” is set to premiere on June 28. The film recently received a 19+ rating.

Sulli
Real (2017)
How does this article make you feel?