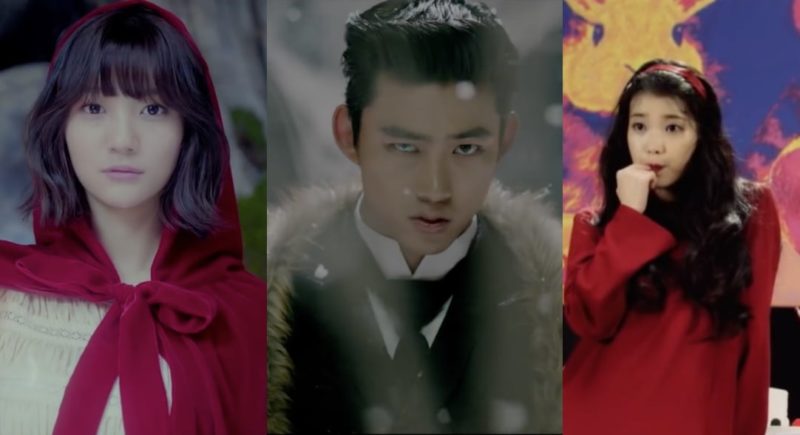 Whimsical music videos and fantasy concepts are nothing new in the world of K-pop. But some MVs embrace this idea more than others, borrowing themes from popular fairy tales that we all know and love. So for all you fairy tale enthusiasts out there, here is a collection of MVs that are based on stories that might be familiar to you! 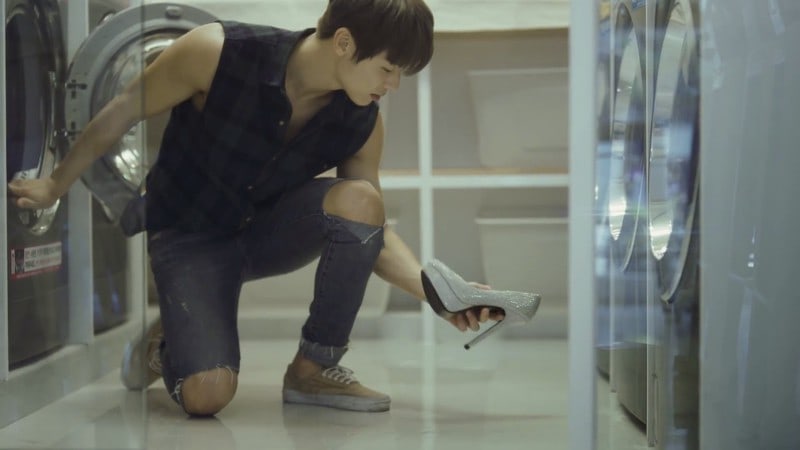 This CNBLUE music video is a retelling of the classic Cinderella story. The members meet their fairy tale princess, but are baffled when she vanishes, leaving only a shoe behind. Somebody help these Prince Charmings! 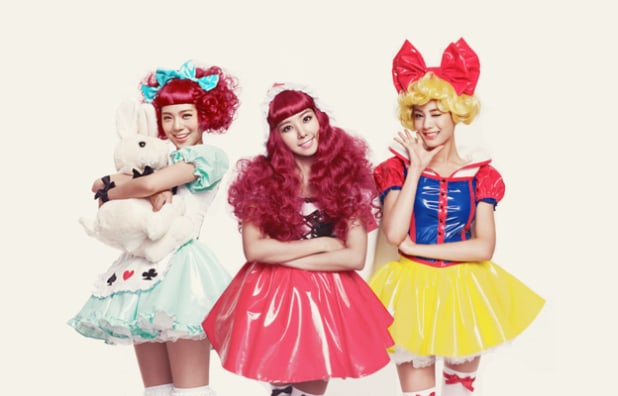 Orange Caramel is known for their eccentric MVs, and the video for “A-ing” takes a fairy tale approach to this concept. The girls don costumes from “Alice in Wonderland,” “Little Red Riding Hood,” and “Snow White” as they dance around this fantasy land. 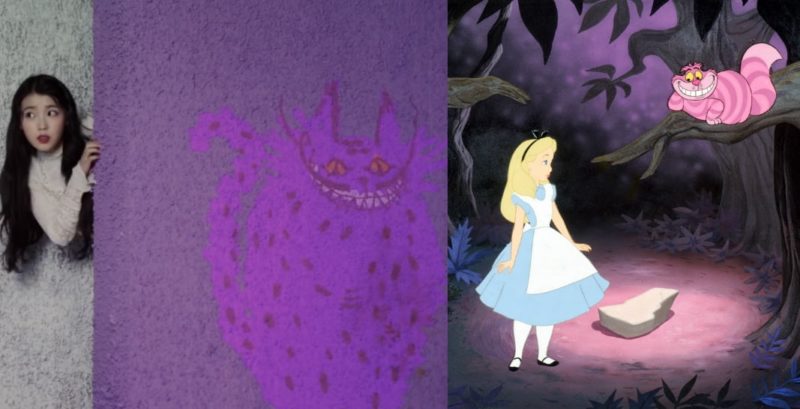 “Twenty-Three” is off IU’s album “Chat-shire,” which takes its name from the Cheshire Cat in “Alice in Wonderland.” Follow IU down the rabbit hole and you’ll find yourself in a quirky MV that is layered with imagery from the story. 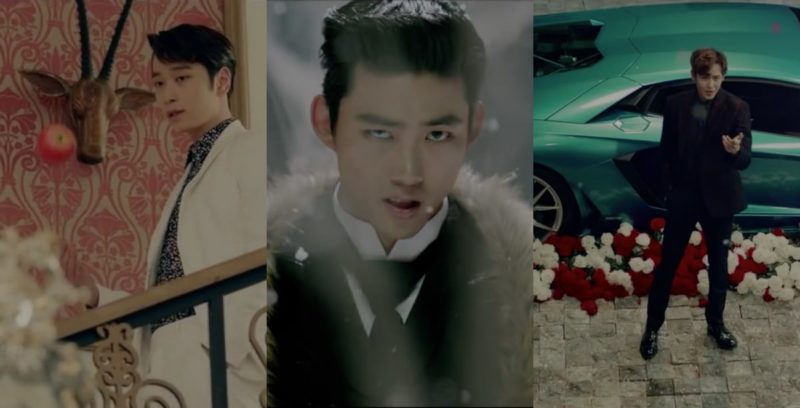 In their MV for “My House,” each 2PM member enacts a different fairy tale character, combining several popular fables into one storyline. From “Beauty and the Beast” to “Snow White,” this music video just about has it all! 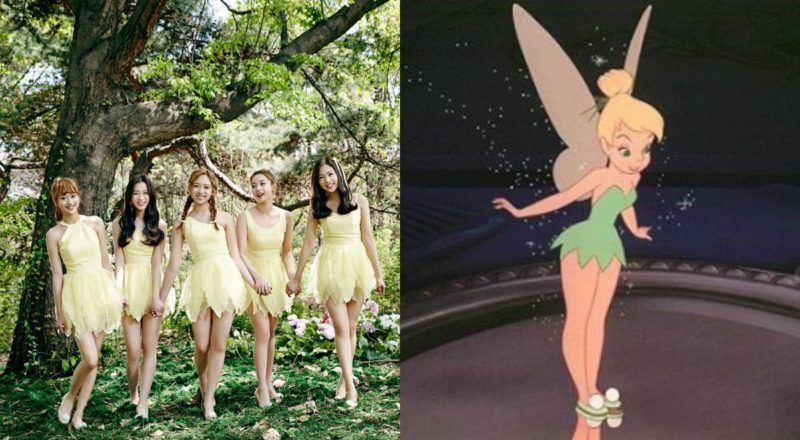 In this MV, the girls of APRIL transform into woodland fairies with dresses inspired by Tinkerbell from “Peter Pan.” With their energetic dancing and bright smiles, they are as sweet and sprightly as the fairy herself! 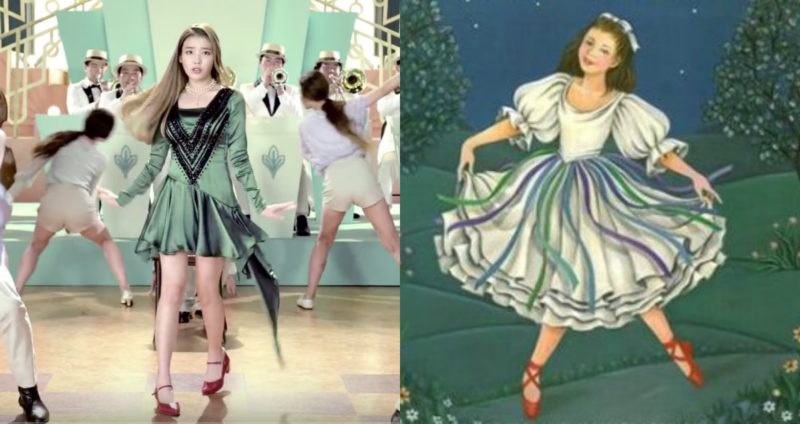 IU’s second video on this list, “The Red Shoes,” draws inspiration from a Hans Christian Andersen fairy tale by the same name. IU dances ceaselessly through the MV, in a tribute to this tale of a girl who is condemned to dance for eternity in a pair of red shoes. 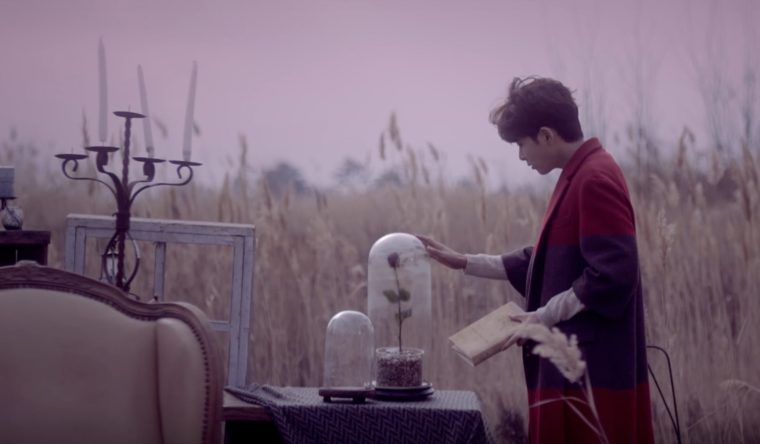 Super Junior’s Ryeowook made his solo debut with “The Little Prince,” a ballad that was inspired by the fairy tale of the same name. Ryeowook guides us through a lonely, dream-like music video as he addresses the Little Prince in this mournful song. 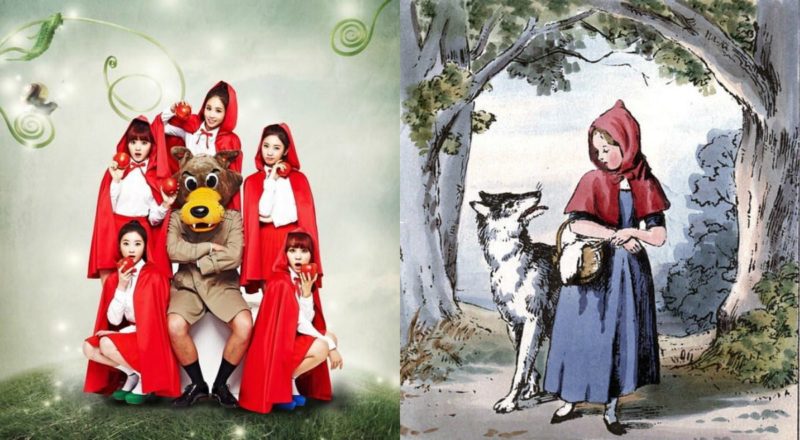 In “Wolf is Stupid,” the members of girl group TINT are dressed like Little Red Riding Hood as they try in vain to capture the attention of their love interest, the wolf. The resulting MV is a cute spin on this originally dark fairy tale. 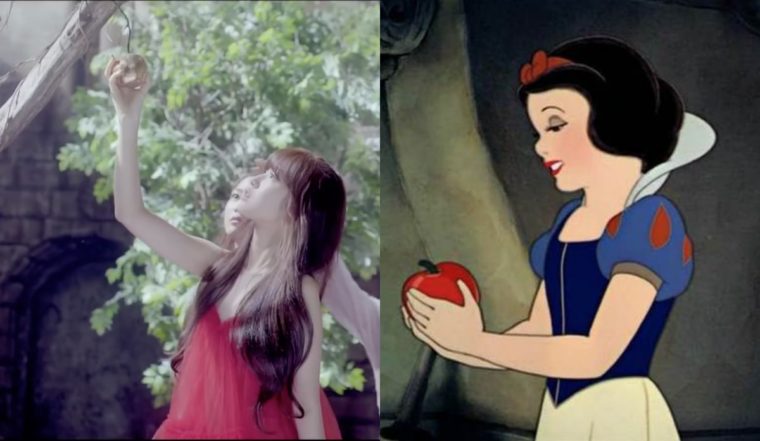 The MV for Oh My Girl’s “Closer” is a fairy tale in its own right, complete with an abandoned palace, ancient ruins, and mysterious forest. The storyline borrows elements from “Snow White” and “Little Red Riding Hood” to make for an enchanting watch. 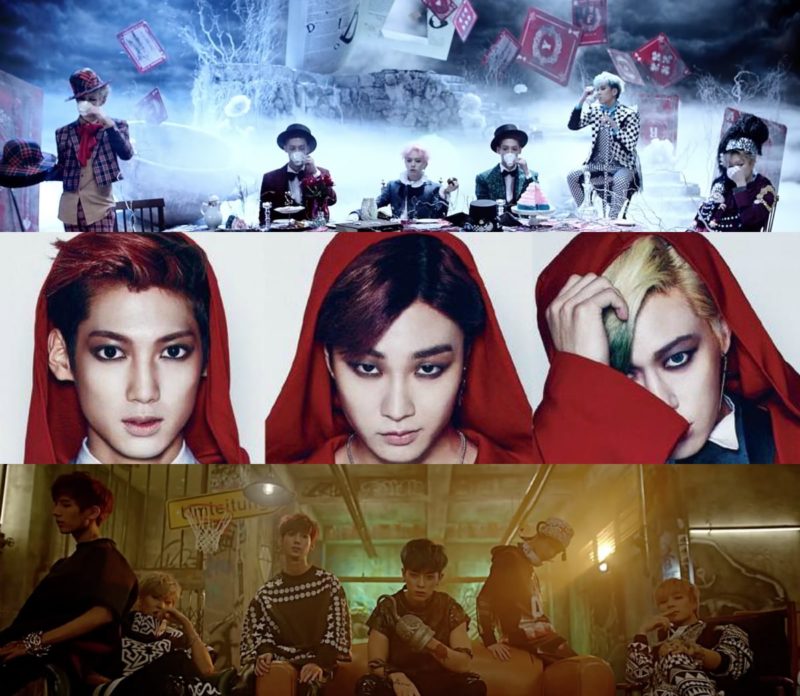 Finally, when it comes to fairy tale concepts, there’s no topping Boyfriend. The group has no fewer than three MVs that are reimagined versions of popular fairy tales. Watch below to find out which ones! 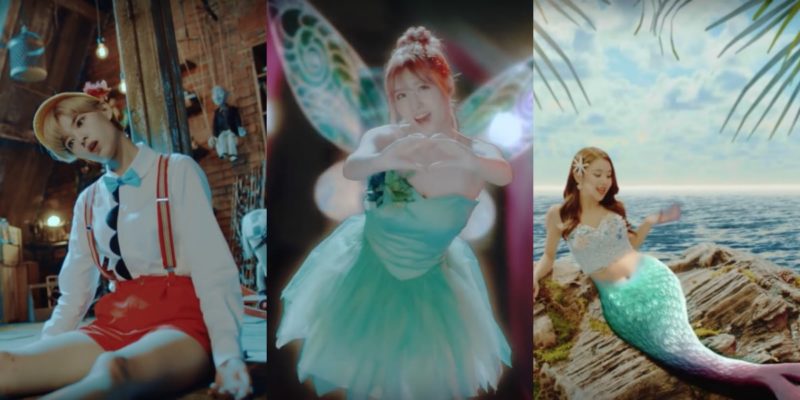 The MV for TWICE’s wildly popular “TT” has a more general fantasy theme, but still features enough fairy tale characters to deserve a mention here. You’ll find Pinocchio, Tinkerbell, and a Little Mermaid in the video for this catchy track!

What are your favorite fairy tale MVs? Let us know in the comments below!