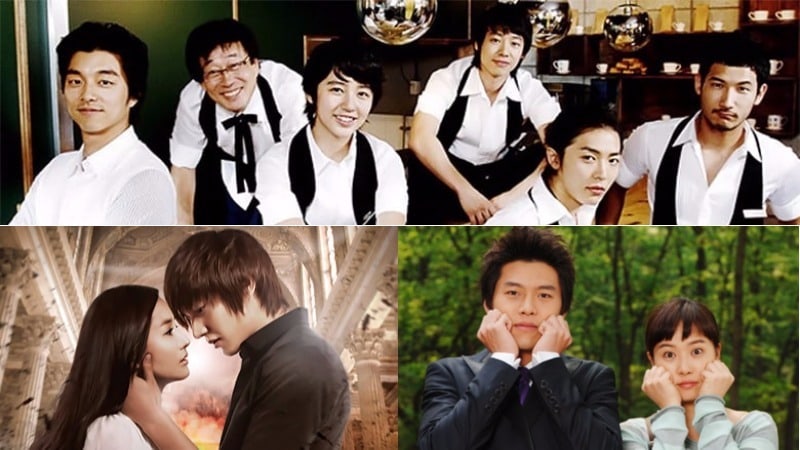 Do you remember that fateful day when you sat down and watched your first drama? Did a friend force you to watch dreamy Lee Min Ho? Or did you stumble across Kim Soo Hyun as a sexy alien on a streaming site? Perhaps you grew up on dramas because your parents watched every episode of “Sandglass.” Whatever the case may be, there is always that one special drama, the one that hooked you in and never let you go. With that said, I give you eight of the most iconic gateway dramas. 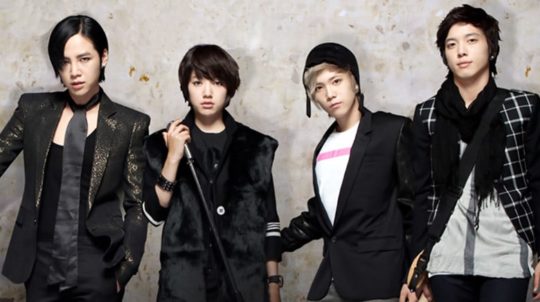 I figured I’d start by sharing my gateway drama: “You’re Beautiful.” I remember perusing manga, anime, and J-dorama online when I stumbled across this 2009 K-drama. Featuring two rookie lead singers Lee Hong Ki and Jung Yong Hwa, a soon-to-be-megastar Park Shin Hye, and pretty boy Jang Geun Suk, this look into a fictional K-rock idol group was a trendsetter and my first foray into the world of dramas. Little did I know that there would be no escape. I mean, how adorable is Tae Kyung with that pig-rabbit – am I right?

Check out the first episode of “You’re Beautiful” below: 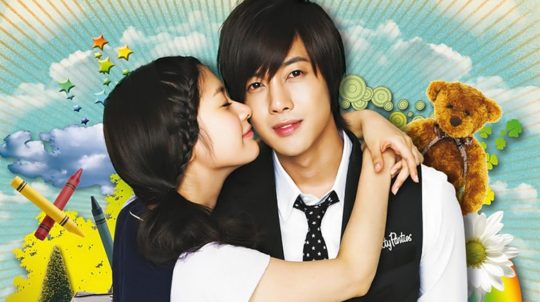 One of the ultimate gateway dramas is “Playful Kiss,” the story about a girl whose love is so strong that she oh-so-slowly wins over her tsundere love. This 2010 manga adaptation is one of the most popular dramas internationally, and it inspired the creation of a YouTube special edition shortly after the drama ended. I do remember tackling this drama in my earlier years as a K-drama n00b and later indulging in the Taiwanese and Japanese versions. Drama love knows no bounds! 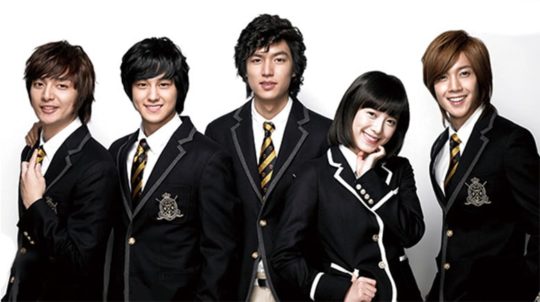 Perhaps best known as Lee Min Ho’s breakout drama where he sported his famous curly ‘do, “Boys Over Flowers” is a quintessential gateway drama. Like “Playful Kiss,” this drama is based on a manga and was adapted in several languages. It’s a longer drama as far as weekly dramas go, clocking in at twenty-five episodes of “poor girl meets rich boy” goodness. Lee Min Ho and Kim Bum slipped into the spotlight with these roles. Even Lee Min Jung, an A-list star of dramaland, had a role in this 2009 hit. Do you remember your first time watching Jan Di and the F4? 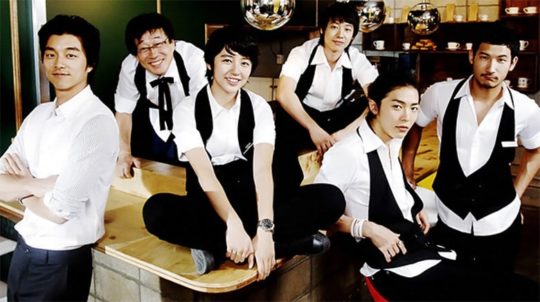 Gong Yoo has been gracing our screens for a long time. His most iconic role, however, was in “Coffee Prince,” the 2007 gender bender drama that heavily influenced the K-drama world. I mention Gong Yoo because it is his screen presence along with the powerful performance of Yoon Eun Hye that draws the newbie drama viewer in and doesn’t let go. The romance is sizzling and magnetic while the friendship at the Coffee Prince coffee shop is palpable. What more could a drama lover want in a gateway drama?

“My Name Is Kim Sam Soon” 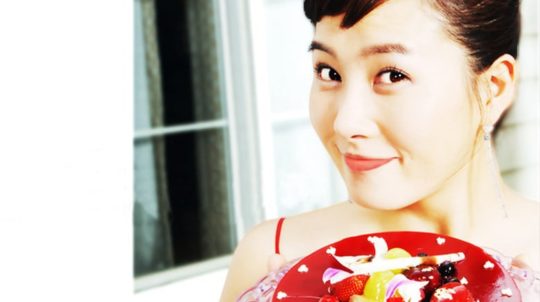 “My Name Is Kim Sam Soon” is a sassy but very empowering tale of a pastry chef who falls in love with her boss. Their romance is sexy and full of complexity, which makes it a perfect gateway drama. It is impossible not to adore the outspoken heroine who is easy to root for as she tries for love with a younger man. In 2005, this drama was ahead of its time, telling the tale of an independent, admirable woman in a society that looked down upon women in the work place.

Catch the first episode of “My Name Is Kim Sam Soon”: 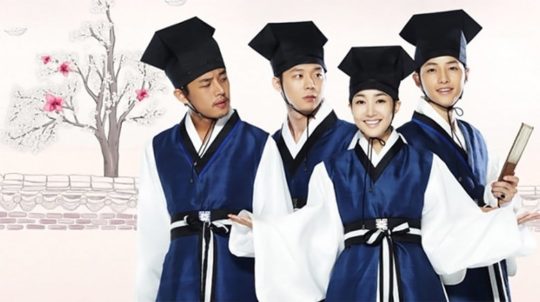 2010 saw so many gateway dramas, probably because that is the year that streaming became widely available. In any case, 2010 also saw the birth of “Sungkyunkwan Scandal,” a fusion historical gender bender drama. Park Min Young heads up a lovable cast, a Joseon F4 if you will, who study at the prestigious titular university. Magnetic together, it is the cast that is absolutely riveting, and it’s a great way to fall into the never-ending delight that is being a drama addict. 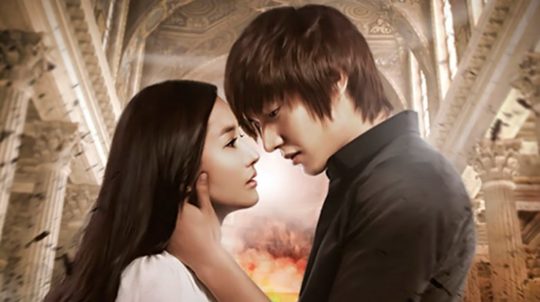 I pay my respects to my sister as I mention “City Hunter.” This was her gateway drama, one I had begged her to watch, and one that she refused to watch for quite a while. She had listened to me gasp and scream while watching and when she finally took the plunge into the universe of Bad Daddy, Lee Min Ho, and Park Min Young, she did the exact same thing. Needless-to-say, we now watch dramas together on a regular basis, talking about the latest episodes and fawning over all of the pretty — ’cause you know there is plenty of pretty in the world of drama.

“I Hear Your Voice” 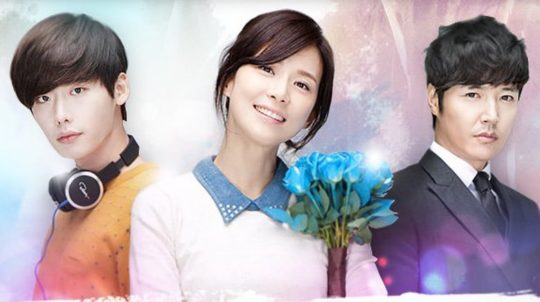 A more recent gateway drama is “I Hear Your Voice.” I’m using this drama to convert two co-workers of mine. Let me tell you, it’s totally working. With Lee Jong Suk‘s piercing stare and Lee Bo Young‘s flair for comedy and digging into deeper moments, this is a great drama. Not only that, but it has a terrifying villain who keeps us on our toes. What better way to hook in American television viewers than with fast-paced mystery and romance?

Watch “I Hear Your Voice” for free:

What were your gateway dramas, Soompiers? Tell us about them in the comments below!

Soompi Spotlight
Boys Over Flowers
City Hunter
Coffee Prince
My Name Is Kim Sam Soon
Playful Kiss
Sungkyunkwan Scandal
You're Beautiful
I Hear Your Voice
How does this article make you feel?