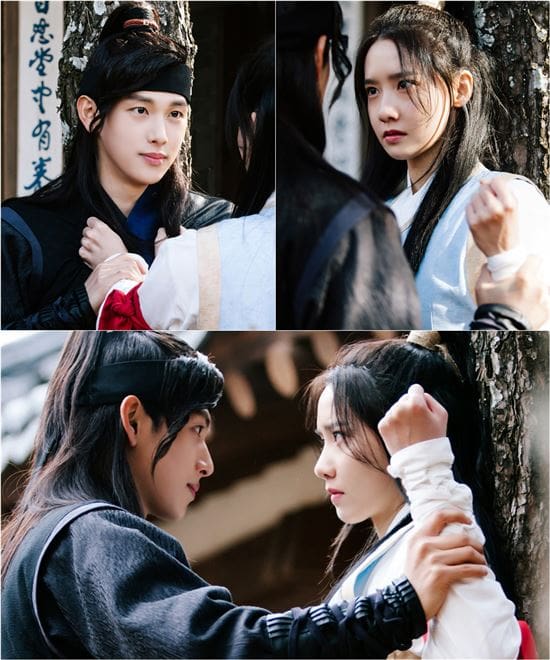 MBC’s new historical drama “The King Loves” released new stills showing the first meeting between the two main leads, who are being described as “Crown Prince Janus” and “Goryeo Girl Crush,” respectively. In the stills, YoonA’s character is seen glaring at Im Siwan’s character with rage as he grabs her wrist, leading many to become curious as to how they first meet in the drama.

The production team for “The King Loves,” stated, “Im Siwan and YoonA have been showcasing a remarkable chemistry ever since filming for the drama started. They even match their breathing patterns. They have so much chemistry that even when they’re just standing next to each other, the staff who are on set can feel their hearts fluttering.”

Meanwhile, “The King Loves” is set to air its first episode sometime in the middle of July.