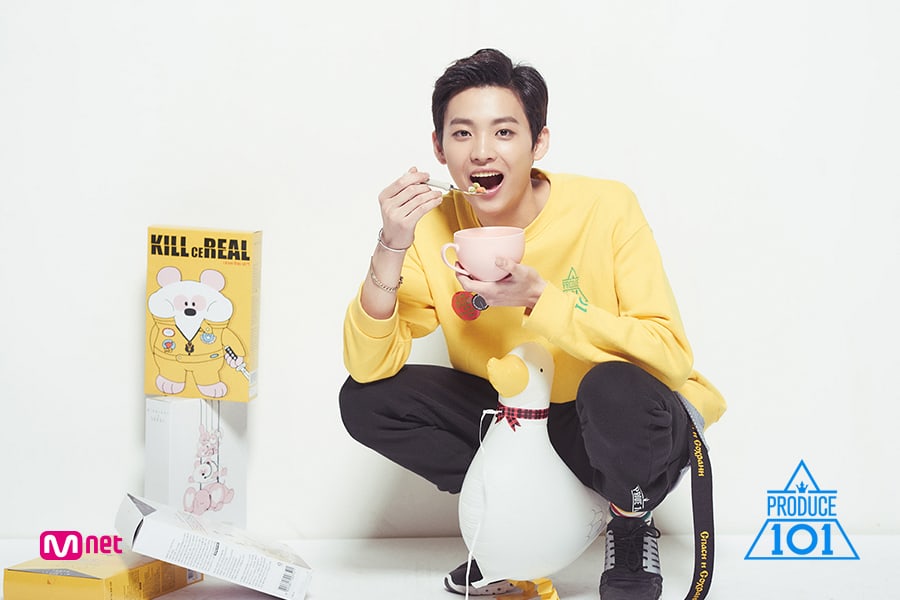 Hanahreum Company trainee Kim Tae Min recently sat down for an interview to update fans on his health.

Last month, the trainee had to withdraw from “Produce 101 Season 2” due to enterostenosis. “Apparently, my intestines became twisted 200 days after I was born. My intestines weren’t really ever in a good condition, but one day [while filming the show], my stomach started to hurt. I was told I’d get discharged after three days, but it didn’t work out. I ended up staying at the hospital for three weeks,” he explained.

Kim Tae Min briefly mentioned some of his future plans, saying, “I felt really sorry [to my fans] for leaving the show. However, I will be promoting as an actor from now on, so I hope everyone will continue to support me. I’m always thankful to all the national producers who have showered me with love.”

Produce 101 Season 2
Kim Tae Min
How does this article make you feel?