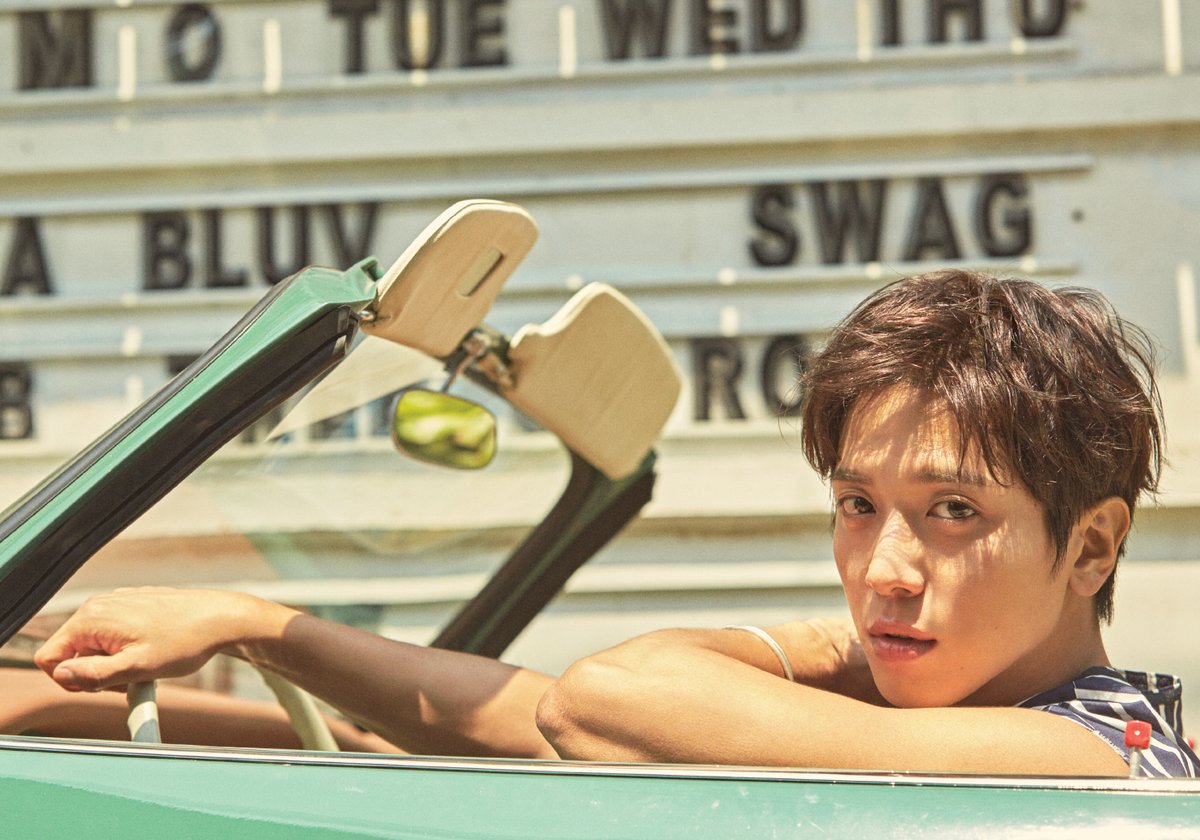 Update: CNBLUE’s Jung Yong Hwa Does A Shimmy In Dance Spoiler Video For “That Girl”

With just four days left, Jung Yong Hwa has released a dance spoiler video that shows him doing a cute dance that appears to be part of his choreography for his comeback title track “That Girl.”

Jung Yong Hwa is as handsome as ever as he gives himself a quick check in the mirror in a new concept trailer for his comeback!

On their official Twitter account, FNC Entertainment announced the release of the cover image for Jung Yong Hwa’s upcoming solo mini album, “Do Disturb.” The teaser perfectly captures the feeling of summer with a tropical themed photo.

The singer also unveiled a teaser website where you can access each teaser as it comes out.

“Do Disturb” is scheduled to be released on July 19.

Jung Yong Hwa has finally begun the countdown to his new solo release! On July 9, a schedule detailing the days on which official teasers will be revealed was unveiled to the fans.

With just a few weeks left until the release of his new solo track “That Girl,” which will feature rapper Loco, CNBLUE’s Jung Yong Hwa has shared a few spoilers about the upcoming track.

First, the artist spoiled a few of the lyrics to the song with a new image through FNC Entertainment’s official Twitter account.

The artist then posted a short interview video in which he talks about his new track, which he describes as being, “like a tropical cocktail that you would drink in Hawaii. It’s sweet and refreshing.” He then sings a short part from the track, heightening anticipation for the artist’s solo comeback.

CNBLUE’s Jung Yong Hwa is gearing up for his upcoming solo release!

On July 5, FNC Entertainment revealed a poster for the singer’s collaboration with rapper Loco titled “That Girl.” His first mini album is set to release on July 19.

Are you excited for his new track?

CNBLUE’s Jung Yong Hwa will be teaming up with rapper Loco for a new song!

On June 27, FNC Entertainment revealed that Loco will be featuring in the title track for Jung Yong Hwa’s upcoming solo album, which will be released mid-July.

It was previously reported that Jung Yong Hwa has been working with songwriters from New York to create music that is different from CNBLUE’s. This will be his first solo comeback in approximately two years and six months.

Are you excited for the upcoming collaboration between Jung Yong Hwa and Loco?

Loco
CNBLUE
Jung Yong Hwa
How does this article make you feel?