Ahn Jae Hyun and Super Junior’s Kyuhyun imagined themselves as dads on the June 27 broadcast of tvN’s variety show “Journey to the West 4.” 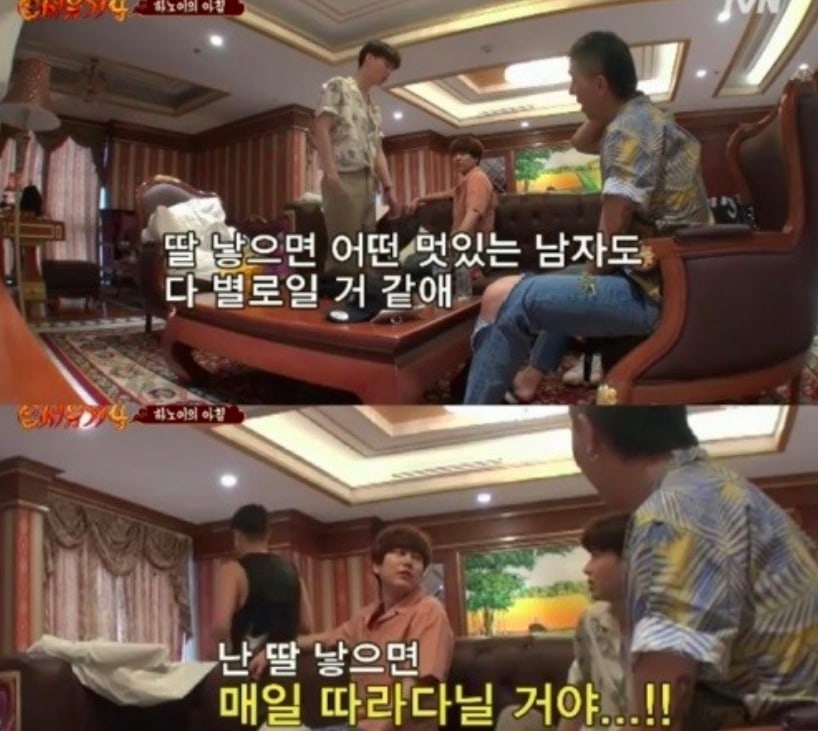 Ahn Jae Hyun then imagined Song Mino as a man in love with Kyuhyun’s imaginary daughter. Kyuhyun began, “If he dressed like Mino…” He then concluded, “His pants are too ripped. I can’t let him have my daughter.”

Ahn Jae Hyun asked, “How if your daughter sided with her boyfriend?” and Kyuhyun answered, “I think I’d cry. That’s the gap between hip hop and ballads.”

Do you think Kyuhyun and Ahn Jae Hyun will make good dads?

Super Junior
Ahn Jae Hyun
Kyuhyun
New Journey to the West 4
How does this article make you feel?