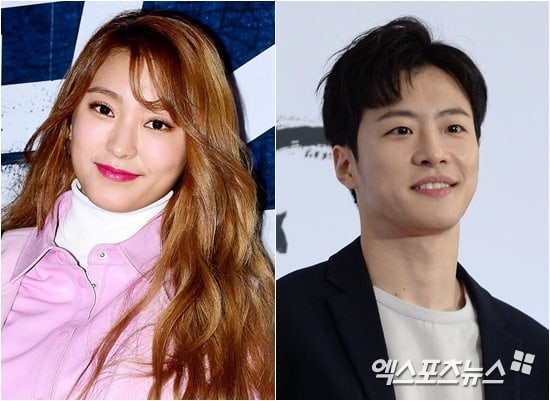 Breaking
by A. P

Former SISTAR member Bora and BIGSTAR’s Feeldog are confirmed to be dating!

A media outlet reported on June 28 that Bora and Feeldog have been dating for about a year after meeting each other on “Hit the Stage.” The source said, “Feeldog drives Bora’s car. That’s how comfortable they are with each other.” They also pointed out that on May 9, the two of them were seen going to the polling station separately to vote in the presidential elections; however, they waited for each other and returned together, holding hands.

After this report, Feeldog’s management company, Brave Entertainment, said, “After checking with Feeldog, we have confirmed that they’ve been dating officially for about six months, not a year.” They added, “The two of them got close after going on ‘Hit the Stage’ together.”

Bora’s agency Hook Entertainment also said, “After checking with Bora, we confirmed that she is dating Feeldog.”

Soompi Spotlight
Bora
BIGSTAR
FeelDog
XPN
How does this article make you feel?