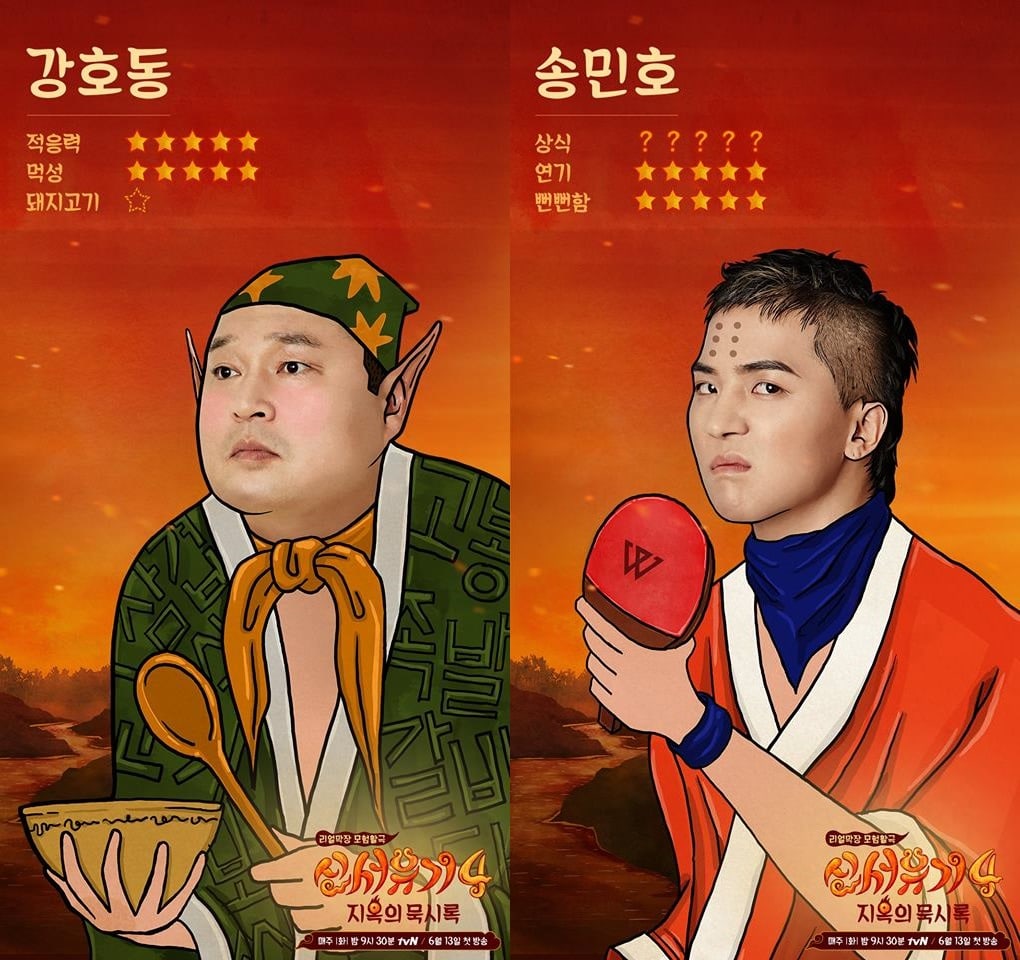 When the interviewer commented that Song Mino seems to have lots of potential on variety shows, PD Shin Hyo Jung said, “Rather than potential, I think he definitely has the sincerity. Bringing in a new member is like adding a new family member, so we picked him thinking that his personality would fit well with the original members. He’s very genuine and true to his emotions. He does try to look cool like other guys his age, but he also makes jokes and shows his unkempt side, to an extent.”

She then revealed that Song Mino’s chemistry with Kang Ho Dong is especially great, saying, “Song Mino listens carefully to what Kang Ho Dong says. He follows him well, and his eyes are full of mischief. Kang Ho Dong and Song Mino have more than a 20-year age difference, but the person who best fits Kang Ho Dong is Song Mino. They even use the same room. Song Mino appears to be comfortable with him.”

Song Mino
Kang Ho Dong
New Journey to the West 4
How does this article make you feel?