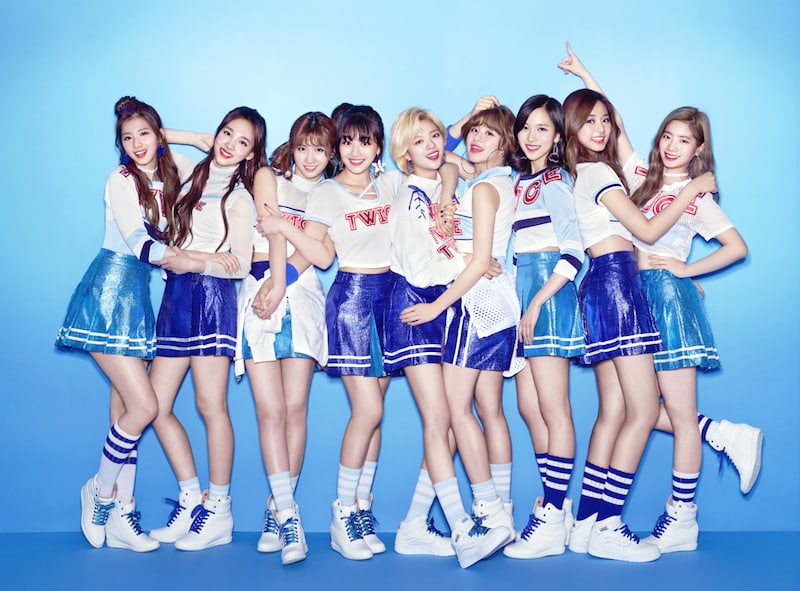 As TWICE gears up to make their official debut in Japan, the members talked about what they’d like to achieve in the country.

JYP Entertainment girl group TWICE released a “best of” album in Japan on June 28, and will be officially making their debut there with a debut showcase on July 2. With plenty of love for their tracks such as “TT” already in Japan, as well as three Japanese members (Mina, Sana, and Momo) in the group, there’s lots of buzz about TWICE’s official debut.

In a recent interview, Mina said she hopes that the three Japanese members will be able to lead the others, and shared that all six Korean members of the group have been studying Japanese. Sana pointed out that because the three of them speak the Kansai dialect, they’ll have to put in some effort as well because they’ll be speaking in what is considered “standard” Japanese as they promote.

When asked about their goals for their promotions in Japan, TWICE chose the famous stadium Tokyo Dome, where some of the music industry’s biggest acts have performed. Mina also said she wants to perform lots of live shows in order to meet Japanese fans.

“Also, the first time I visited Korea was to attend a 2PM concert,” continued Sana. “I hope that we can have fun at a concert together with our fans at Tokyo Dome, like 2PM.”

TWICE’s debut showcase on July 2 will be held at the Tokyo Metropolitan Gymnasium, and will be their first solo concert in the country.