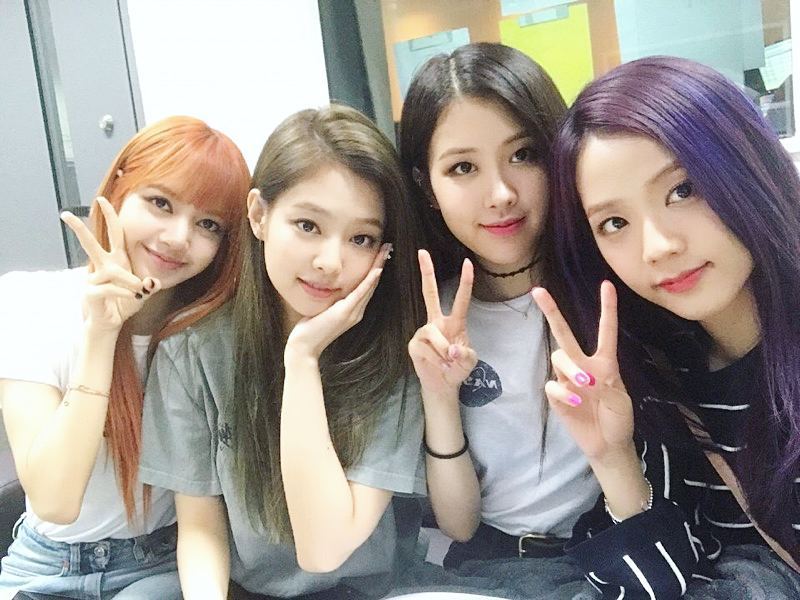 BLACKPINK guested on the June 28 broadcast of MBC Standard FM’s radio show “Kangta’s Starry Night” to promote their latest single “As If It’s Your Last.”

The members of BLACKPINK said that their lives before and after debut are not so different because they still spend most of their time at their dorms or their practice rooms. They revealed, “We’ve never gone outside after we debuted,” explaining that they can’t leave their dorms unless they’re accompanied by their manager.

At their dorms, however, they can do anything they want. Rosé and Lisa enjoy watching dramas, and recently they’ve been watching “Fight My Way.” On the other hand, Jisoo and Jennie spend their time watching animated shows and playing games. As four, they play card games and board games or play with their two dogs.

See Also: BLACKPINK Shares What Makes Them Realize Just How Popular They Are

Jisoo then shared a story about YG Entertainment representative Yang Hyun Suk. “Yang Hyun Suk CEO buys us meals sometimes. One day, I ran into him twice, and he said that he would buy me a meal. I haven’t forgotten about it.”

What do you think of BLACKPINK’s dorm life?

BLACKPINK
Kangta's Starry Night
How does this article make you feel?