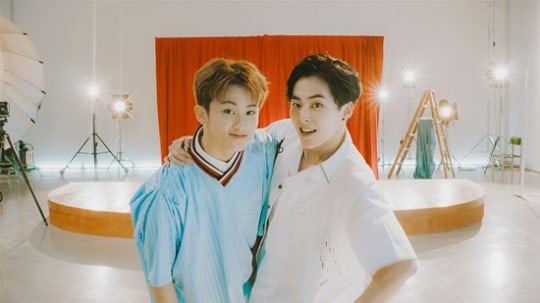 NCT’s Mark and EXO’s Xiumin have been chosen as the next artists to release a track for the second season of SM STATION.

The energetic track, which is titled “Young & Free,” will be released on July 7 at 6 p.m. KST on various music sites. Their upcoming collaboration is attracting a good deal of attention, as fans are curious to see what sort of charms the two will show through their duet track.

SM STATION will be releasing another collaboration track between IMLAY and Sik-K called “Decalcomanie” on June 30 at 6 p.m. KST.