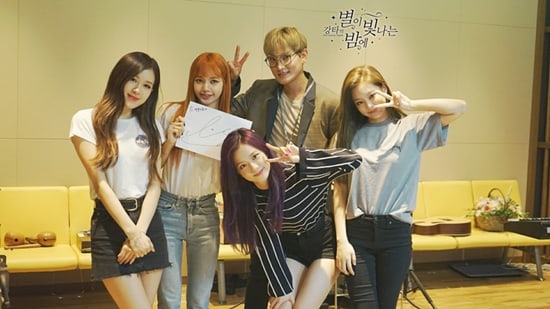 On June 28, BLACKPINK appeared as a guest on MBC FM’s “Kangta’s Starry Night” and talked about their music video.

On this day, BLACKPINK surpassed 30 million views on their latest comeback song, “As If It’s Your Last,” and when asked how many times they have seen the music video, Jisoo replied, “I saw it about 20 times. I wanted to contribute to the total number of views.” To this, Jennie added, “My mom always leaves the music video on. Whenever I go home, I see it playing,” and Rosé said she saw the music video about six times while she was alone. Surprisingly, Lisa admitted that she hasn’t been able to see it because she is too embarrassed.

Later, when the group was asked if their boss, Yang Hyun Suk, had said anything to them lately, Jisoo replied, “We ran into him on the street twice, and he said he would buy us food. Boss, we remember what you said.”

BLACKPINK
Kangta's Starry Night
How does this article make you feel?