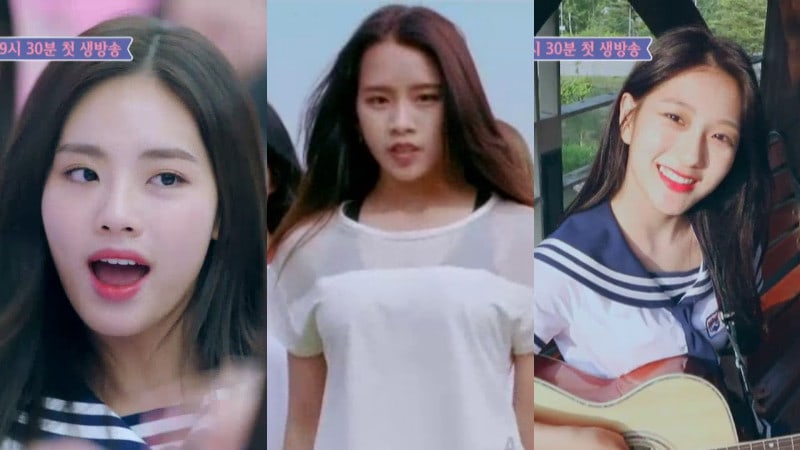 Several well-known former trainees will be competing on “Idol School”!

On June 28, a video was revealed of the 41 students dancing to the theme song, and netizens recognized some familiar faces.

Herin, previously introduced as part of the SM Rookies, was one of the trainees spotted. She appeared on “The Mickey Mouse Club” in 2015 and showcased her excellent vocal skills.

Many were also surprised to see Park Ji Won, Kim Eun Suh, and Natty from JYP Entertainment’s girl group survival program “SIXTEEN.” Park Ji Won left the company immediately after “SIXTEEN” ended, but this is the first time it was revealed that Kim Eun Suh and Natty have left. On their participation in “Idol School,” a source from JYP Entertainment confirmed that they are no longer with the company and commented, “They are all talented and passionate trainees, and we are cheering them on for success in the future.”

Former YG trainee Lee Seo Yeon was shown in the video as well. She had been suspected to be a member of BLACKPINK before their debut.

“Idol School” is a variety program with the format of a girl group education institution, and the top students will graduate and debut as a girl group. The first episode is scheduled to air on July 13 at 9:30 p.m. KST.