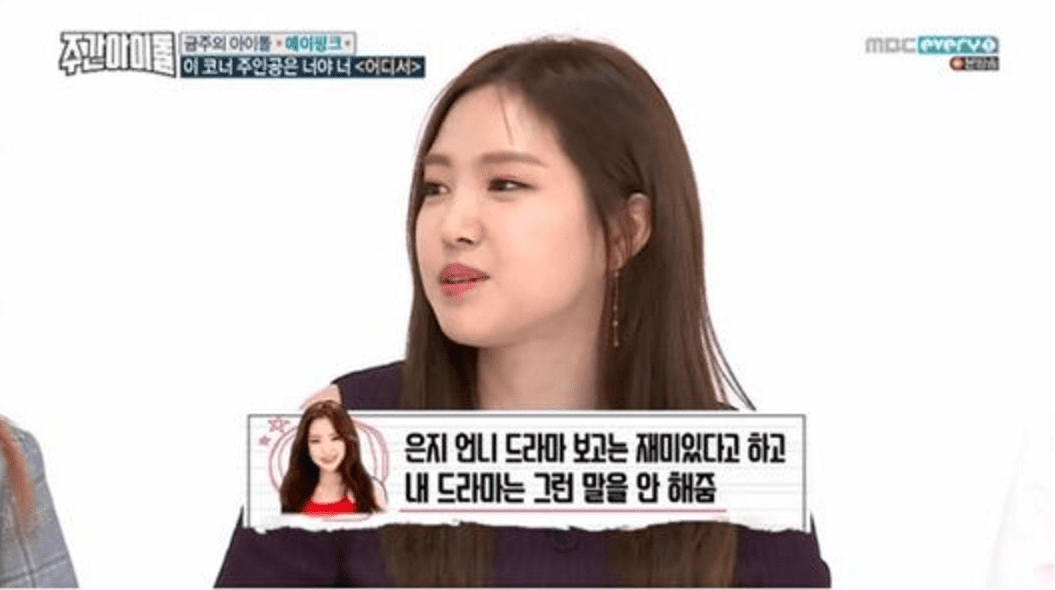 During the June 28 episode of “Weekly Idol,” the Apink members got to voice their hidden complaints against each other for the first time.

While many of the other members’ complaints focused on a member going out without them (or, conversely, asking them too often to go out), Son Naeun revealed that she had a complaint against her entire group.

It turned out that she felt disappointed that her members didn’t support her dramas the way they supported fellow member Jung Eun Ji‘s. “When Eunji does a drama everyone tells her they enjoyed it, but they don’t do the same for my dramas,” she said. 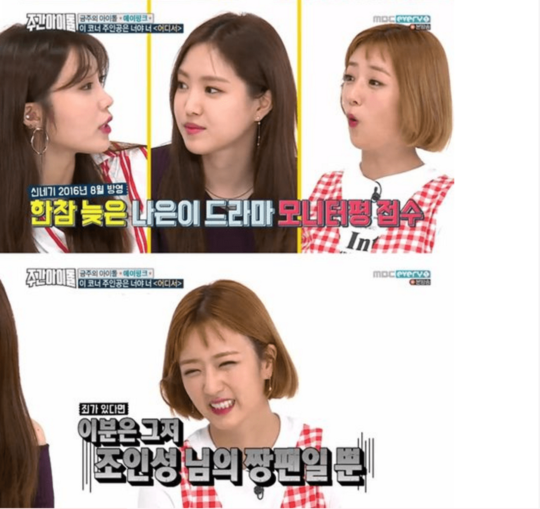 The members protested that they monitored her performance during “Cinderella and the Four Knights” and Chorong said, “Our members don’t express our feelings very well. It makes us cringe. So that’s probably why she felt that way.”

But Chorong then added, “When I did a drama for the first time, Bomi watched another drama in the same time slot because Jo In Sung was in it.”

On the same episode, Apink also danced to their hit songs at double the speed for a mission.

Apink
Weekly Idol
Son Naeun
How does this article make you feel?