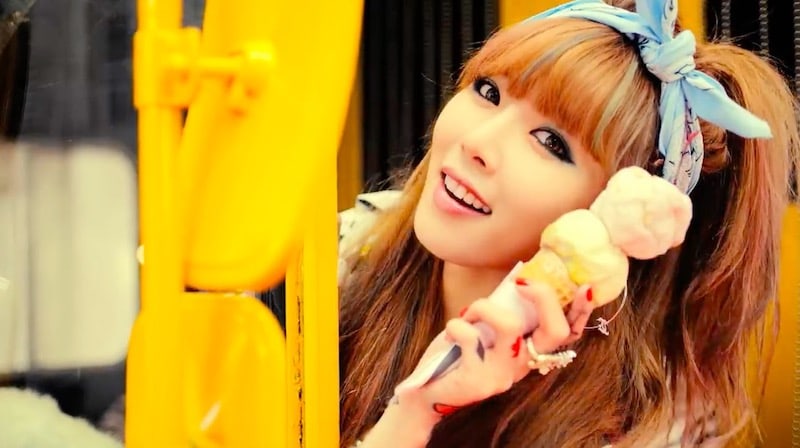 HyunA’s “Ice Cream” MV (featuring a cameo by PSY following HyunA’s appearance in his viral hit “Gangnam Style” MV) was released in October of 2012, and as of June 30 KST, has now hit the 100 million view milestone on YouTube.