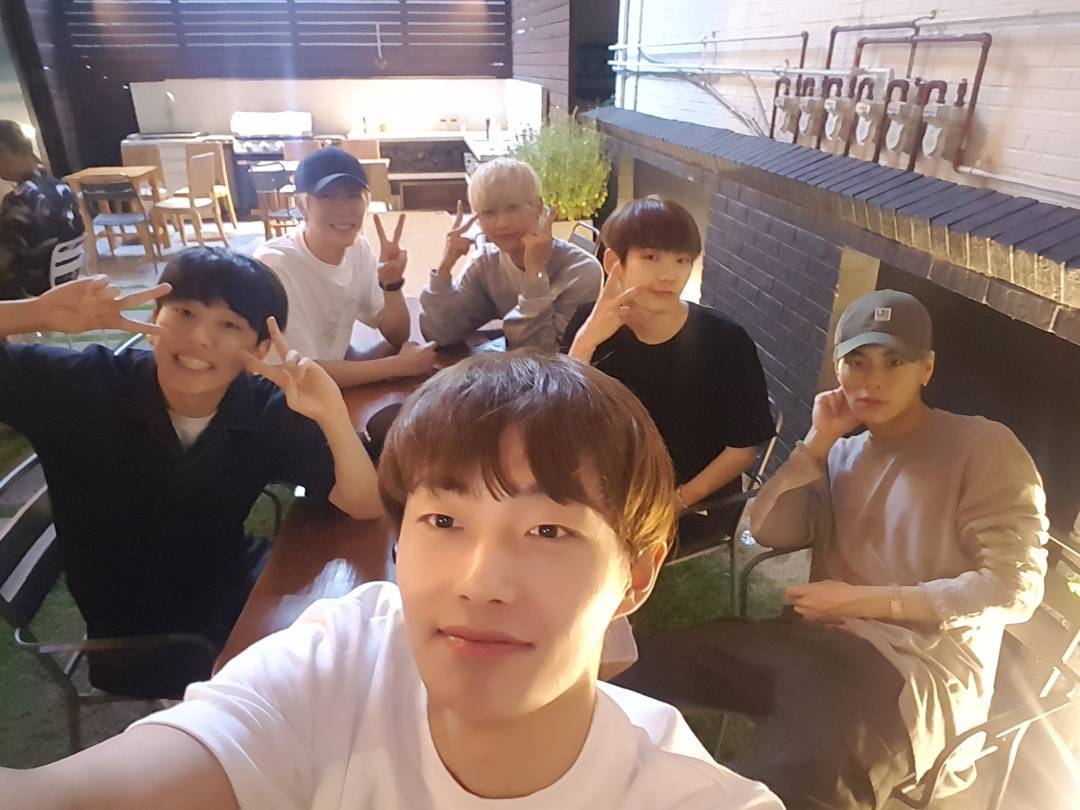 On June 29, Noh Tae Hyun shared a photo of almost all the members of the fan-imagined group JBJ from a recent meet up. The photo features himself smiling brightly on the left, with Kim Dong Han, Kim Tae Dong, Takada Kenta, Kim Sang Gyun, and Kim Yong Guk clockwise around the table. It appears that unfortunately Kwon Hyun Bin was unable to make it to their reunion.

Noh Tae Hyun included emojis to represent the guys in the caption, as well as tagged each of the members who have Instagrams and wrote Kim Yong Guk’s name as a hashtag in the caption to make up for his lack of Instagram link.

Although JBJ is only (so far) a group of eliminated trainees from “Produce 101 Season 2” that was imagined by fans, the guys themselves have been mentioning the idea in many post-finale interviews and JBJ was on the list of fastest rising search terms in Korea after the show.

Produce 101 Season 2
JBJ
How does this article make you feel?