This past weekend, June 23 and 24, the Korean Pop Culture world descended on Newark and left pretty much everyone shook. Marking the third year of KCON’s East Coast event, over 43,000 eager fans filled the seats of the Prudential Center and took in the sites of the nearby convention.

With Highlight and CNBLUE headlining the two nights of concerts, SF9, UP10TION, TWICE, NCT 127, Zion.T, KNK, and GFRIEND rounded out the two evenings full of a lot of very excited fans.

Check out some of my personal highlights from the evening and be sure to share your own if you were in attendance!

SF9’s Proposal To A Lucky Fan

We'll be uploading more #KCON17NY moments so keep an eye out & check back with us every day! #SF9 #KCON pic.twitter.com/d8hCWdP73R

Rowoon, Dawon, and Chani were the lucky winners of the proposal challenge onstage and, we have to say, all three of them made our hearts melt. A special mention goes out to Dawon who literally just copied both Rowoon and Chani who went before him – obviously he was going for the “if you can’t beat ’em, join ’em” style.

SUCH AN AMAZING PERFORMER ? KING OF FAN SERVICE = #YONGHWA #CNBLUE

Listen, I have something to admit: I had never seen CNBLUE perform live before. I have something else to admit: I totally fell for them on 6/24 at approximately 9PM EST. The whole band is, of course, amazing, but I was definitely impressed with Yonghwa’s showmanship as he worked the entire huge KCON stage and never missed a note.

TWICE TT-ing Their Way Into Our Hearts 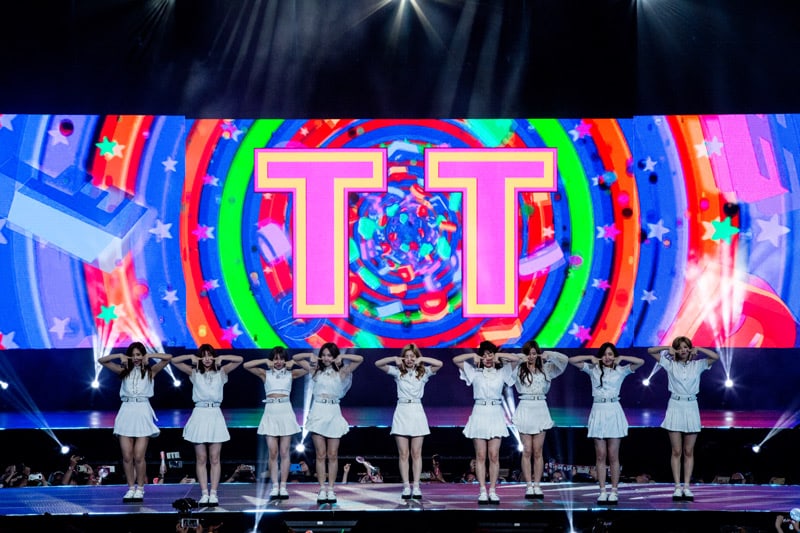 TWICE has the entire audience singing along as they ran through their repertoire of upbeat bops – literally, everyone was singing along. I’m still jamming to “Signal” and it’s been a week now. 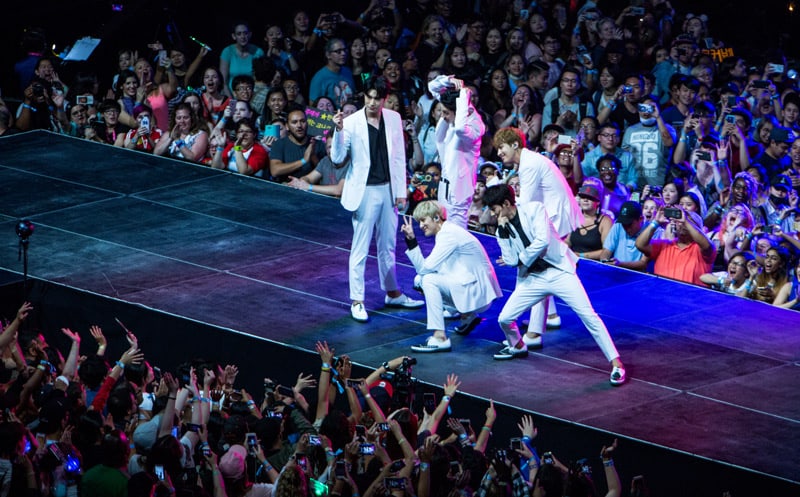 We know that this year’s KCON NY marked the US debut for many groups, but for some reason KNK really stood out to us as they brought all of their energy to the stage and ran around it multiple times to make sure to greet as many fans as they could to take full advantage of their first U.S. stage.

GFRIEND Taking The Stage By Storm 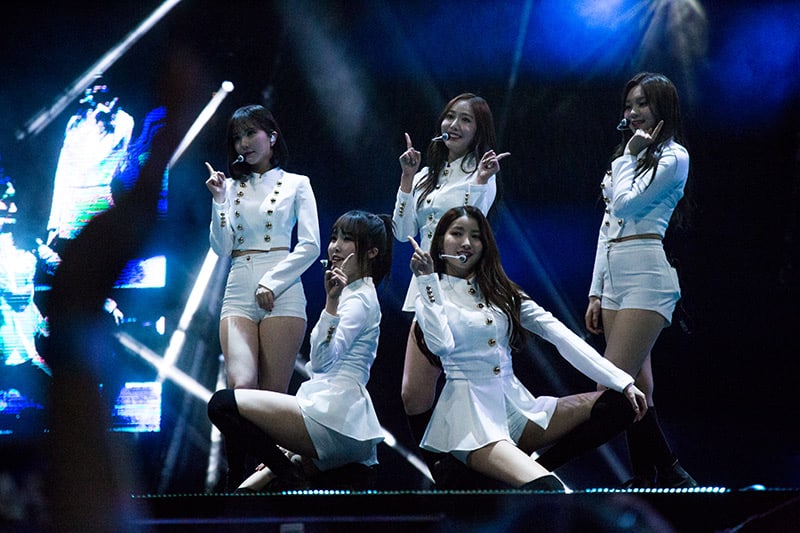 Unfortunately Yerin was absent from KCON due to another schedule, but the other five members worked to fill her spot and make sure that all their fans had the best night of their lives.

Zion.T Taking Over The Red Carpet

Last night #ZionT was too chic on the #KCON17NY red carpet. Actual #goals. ??

Zion.T is the definition of chic, and when he rolled onto the red carpet everyone was momentarily silenced in awe. Go you, Zion.T! And of course later at the concert, everyone sang along with his smooth vocals and slow-jammed along with him.

Highlight “Debuting” In The U.S.

And the end of our #KCON17NY red carpet spam, #HIGHLIGHT!!! Gotta love them ❤️❤️❤️❤️

These “monster rookies” closed out the concert on Friday and surprised everyone with high energy renditions of their BEAST songs – including “YeY” and “Beautiful Night” – in addition to their new songs “Plz Don’t Be Sad” and “Calling You.” Everyone jumped and bopped along to their classic hits.

RT IF YOU'RE AN #NCTZEN ♥️??…. or if you just became one from watching this video ? #NCT127 #NCT #KCON17NY pic.twitter.com/GROsLaRKYk

NCT 127 is a group known for their explosive choreography and amazing stage presence, and we were definitely in awe of their slick moves. Taeyong owned the stage as he led the group through all of their hits – including “Firetruck” and their newest song “Cherry Bomb.”

#UP10TION caps off the #KCON17NY red carpet by showing off their special pre-performance ritual!

We love when groups unveil new material for the first time ever on the KCON stage and it’s honestly been a while since that has happened. Luckily for us, UP10TION gave us a huge treat as they opened the second night of the KCON concert with their newest release “Runner” for fans to enjoy. And enjoy we did!

What was your favorite moment from the weekend? Any special guests that really caught your eye?

Update: A previous version of this article incorrectly credited SF9’s Chani with being the “copycat king” of proposals, when it was Dawon who deserves the honor.