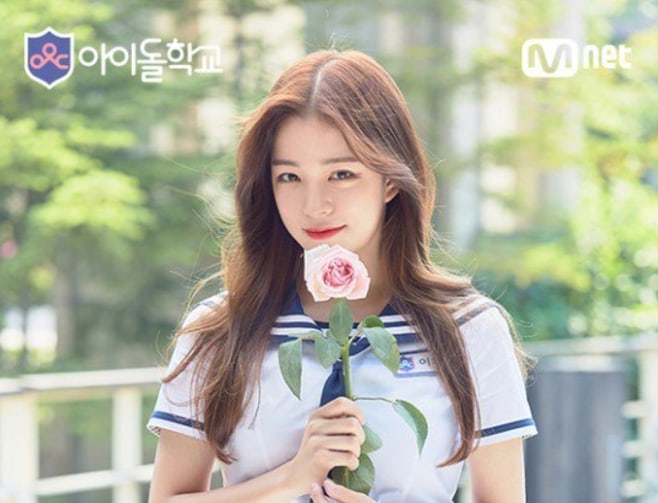 June 29, Mnet, ahead of their new variety program “Idol School,” revealed 13 of the female “students” to join the show. Shortly after the reveal of the 13 members, various netizens started giving accounts via an online community of one of the contestants, Lee Chae Young, being a bully in school, even being forced to transfer schools for bullying and receiving school discipline for violence. Also posted were photos of Lee Chae Young from her school yearbook, as well as demands for her to leave the show.

At the same time, others rose to Lee Chae Young’s defense, saying that the rumors are all false. In one screen capture posted by Herald, someone asks about which elementary school Lee Chae Young had been attending prior to her transfer, after which someone responds with a school name. The person who asked the question then reveals him/herself to be an elementary school mate of Lee Chae Young, and says that the school name the responder gave is not the right one, nor does it exist.

Mnet, in a brief statement regarding the issue, said, “We are currently looking into whether or not the rumors are true. One girl’s future hangs in the balance, and we need to be careful and thorough. We will be giving an official statement in the near future.”