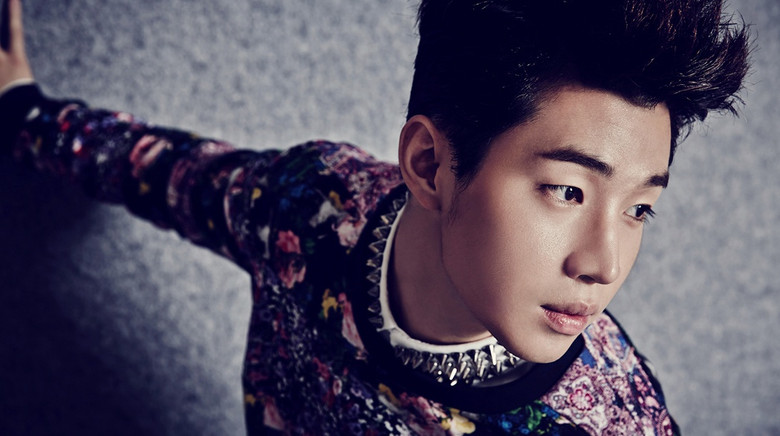 Singer and variety star Henry recently participated in an interview where he revealed a different side of himself than the typical bright and funny image that he showcases on variety shows.

Henry recently released the solo track “I’m Good” on June 23. The song was intended as a follow-up to previous releases such as “Girlfriend,” which was about missing a girlfriend he’d dated for seven years ago, and “Real Love,” which was about trying to forget an ex.

“The song ‘I’m Good’ is about living your life the way it comes,” he said. “To eat the food you like, for example. I think people will be able to see a different side of me through this song. The music genre is not the style that I typically use.”

He added, “The song has a story. I haven’t dated a girl in a long time. Once it almost worked out with a girl, but I got hurt. That day, I wrote it with the mindset of, ‘I’m fine without you. Now that you’re gone, I’m just going to live life as it comes.'”

When asked about his ex-girlfriend, he said, “I dated one girl for seven years and for nine years I had no girlfriend at all. I’ve said this on a show before, but I once saw comments wondering if I was gay. I go out a lot and occasionally have “some” relationships but it seems like people still misunderstand. I wanted to clear that up here.”

He also talked about the inspiration behind “Girlfriend.” “She was a Korean living abroad that I met in Canada,” he said. “But I was better at Korean than her. After we broke up, she wouldn’t meet with me at all. All of a sudden, it was like we couldn’t even be friends. But then she said she was getting married. I wrote ‘Girlfriend’ then.”

He added, “Rather than being shocked, I understood. I finally realized why she didn’t contact me for all those years. I think I still can’t forget her because I haven’t met any other girls since. I still dream about her about once a month. I don’t really think about her anymore, but she still comes out in dreams. Once I went to an expert to get help but I couldn’t speak Korean well enough so I gave up.”

When asked if he ever regretted coming to Korea, he said, “I graduated high school three months early so I could come to Korea quickly and train. I really regret that. In Canada and the United States, high school graduates go to a party called ‘prom.’ Girls and guys usually go to proms together, and if I went with my girlfriend, we would have been prom king and queen. I had confidence that would happen. Everyone knew we were dating at school. But I was in Korea and I couldn’t go. My girlfriend at the time was lonely and asked if she could go with someone else, and although I wasn’t okay with it I said it was fine. But the guy she’s marrying now is the guy she met at prom. I definitely don’t think my ex-girlfriend acted badly. It was just an unfortunate situation.”

He also revealed that one of his current sources of regret is not being able to see his family as often. “Not long ago my sister came to Korea for three days but I was working. I only met her briefly. At times like that I feel really sorry to my family.”

Henry
Super Junior M
How does this article make you feel?