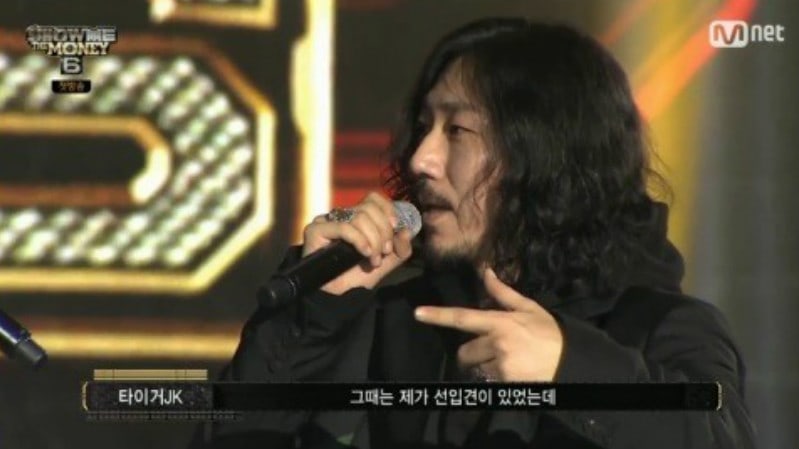 On June 30, Tiger JK appeared on Mnet’s “Show Me The Money 6” as a producer, and shared his thoughts on the show.

He said, “At first I didn’t like ‘Show Me The Money.’ I was prejudiced towards it. But it’s undeniable that ‘Show Me The Money’ created a new culture, and I think it’s time for me to take part in it.” He also continued, “In fact, I came out here with a rookie mindset. I think the biggest rival team is Jay Park and Dok2, because they are the most popular team right now.”

In regards to Tiger JK’s appearance, Dynamic Duo’s Choiza, who also joined the show this season, said, “He is the first generation of Korean hip hop. He contributed to making the genre what it is now.”

Did you catch the first episode of “Show Me The Money 6”? It airs every Friday at 11 p.m. KST.

Choiza
Dok2
Jay Park
Tiger JK
Show Me The Money 6
How does this article make you feel?