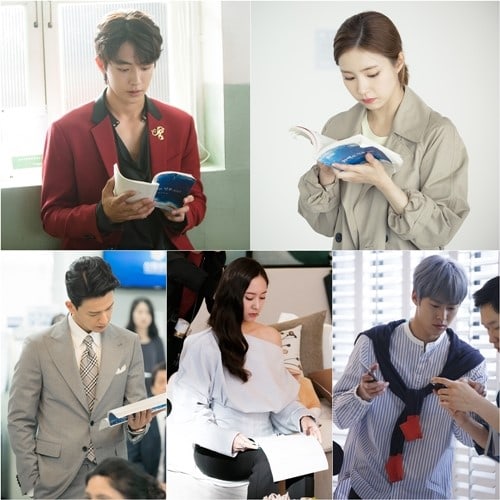 The cast of tvN’s newest drama, “Bride of the Water God,” just can’t seem to take their eyes off their scripts.

On July 1, a source from the show revealed a series of behind-the-scenes stills showing each of the cast members glued to their scripts. In the photo, everyone looks mesmerized and intensely focused while reading through their lines, even during their break times. Viewers especially took notice of Shin Se Kyung’s script, which looked tattered and worn out. It is visible that she has put a lot of time and effort towards perfecting her role.

A production staff member shared, “Shin Se Kyung, Nam Joo Hyuk, Im Joo Hwan, Krystal, and Gong Myung always have their scripts with them on set. They read it whenever they have a couple seconds of free time, and everyone is so passionate about their roles. This, in turn, brings so much positive energy to the set.”

Are you looking forward to tvN’s latest drama?