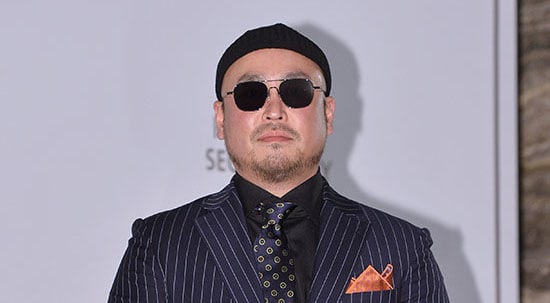 Singer Gil was recently found to have been driving under the influence.

The Seoul Namdaemun Police Station stated, “The reports are true that Gil was found with his car pulled over near the entrance of the Seoul Namsan Tunnel 3 on June 28. His blood alcohol content was high enough to warrant his driver’s license being revoked, and he will be investigated by the police before being turned over to the prosecutors’ office.”

They continued to add, “They will decide whether to prosecute him, as well as the severity of his punishment.”

The police are said to have found Gil asleep at the wheel inside of his car. His blood alcohol content was 0.16 percent, high enough to warrant his license being revoked. At first, Gil is said to have denied that he was driving under the influence, stating that a substitute driver had driven him to the entrance of the tunnel, before later admitting to all charges.

This is the second time the singer has been caught drunk driving. In May 2014, Gil had his license revoked when he was found drunk driving his car. His license was reinstated in 2015 as a part of former president Park Geun Hye’s special pardoning order to celebrate the 70th anniversary of South Korea’s independence.

Gil took to Twitter to apologize for his wrongdoing and explain what had happened. He wrote, “I am writing this because I am so ashamed and sorry. A few days ago, I had a drink with my friends and was waiting for a substitute driver to go home. I fell asleep at the wheel while waiting for the driver.”

He continued to state, “I stopped in the fourth lane of an eight-lane road [four lanes on each side], and fell asleep waiting for the driver. A police officer woke me up and tested my blood alcohol content, and the results were high enough to get my license revoked. It is not true that I asked the officer to let me off with a warning. I told him I would help in any way I could during the investigation and was sent home. Regardless of whether it is 1 centimeter or 100 kilometers, I know that it is very wrong to sit behind the wheel [when drunk].”

The singer concluded with, “Even if people curse and criticize me for the rest of my life, I have nothing to say for myself. I am ashamed to face my parents, family, friends, and fans. I am truly sorry.”

Gil
XPN
How does this article make you feel?