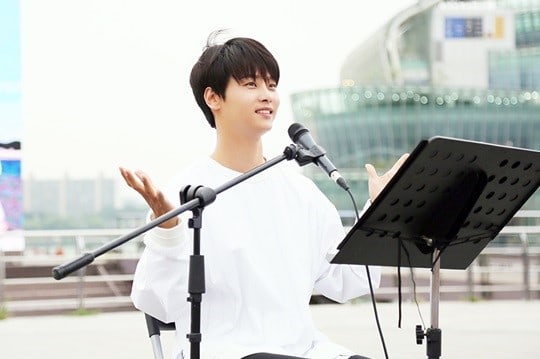 VIXX’s N decided to celebrate his birthday in a special way with an impromptu busking session for his fans.

On June 30, VIXX’s leader N held a busking session at the Han River Park. Despite the notice for the event being posted on the same day, over 1,000 fans gathered to celebrate the special occasion. 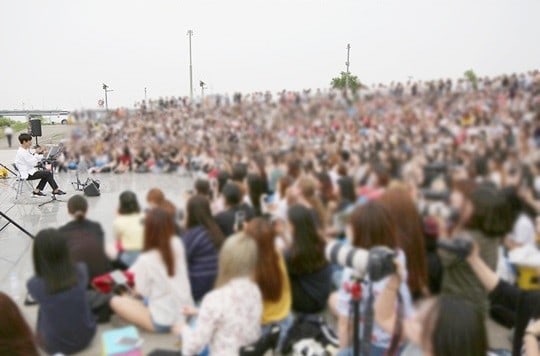 When N got on stage, he greeted everyone by saying, “I’m very nervous. I just got back from Japan three hours ago. I came straight here to see you all.”

When asked why he decided to hold the impromptu fan meeting, N said, “I was on my way back from having my birthday fan meeting in Japan, and I started thinking about what I could do for our Starlights [VIXX’s fan club name] here in Korea. I wanted to do something for the people I love, so I decided to do this busking event. Though it won’t be perfect, I hope you all have fun.”

After performing “You Return to Me Again,” N remarked how different busking was from his usual performances on stage. He also performed a live rendition of “Cancer,” which he sang on MBC’s “King of Masked Singer.” 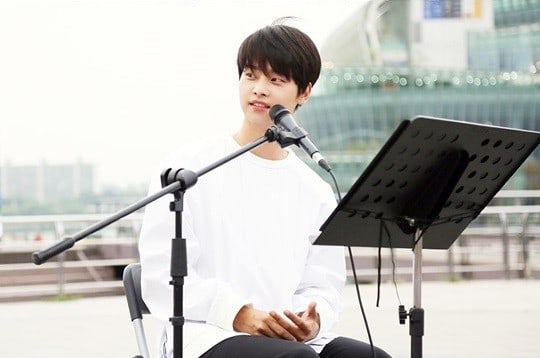 N stated, “Though I’m sad that I couldn’t prepare a lot of songs for you, I’m so happy to have been able to see your faces. I’m always the one receiving gifts on my birthday, but this time, I wanted to give my fans a happy gift too. I hope we continue to share happy moments like his.”

The fans broke out into a rendition of “Happy birthday” for N, and he replied by performing “Without You,” his OST from last year’s drama “W.” The part that was originally sung by Melody Day’s Yeoeun was covered by the fans in the audience, creating a heartwarming moment for both N and his fans. 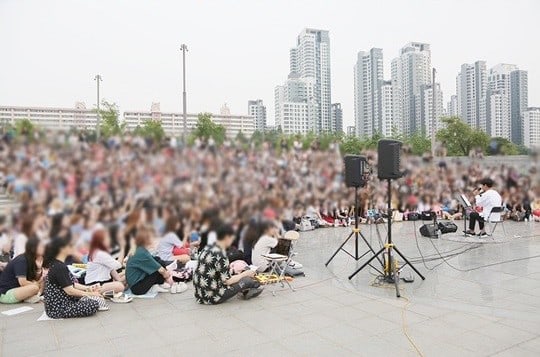 After wrapping up the V App broadcast that was filming the event, N stayed behind to sing “Starlight” and “Milky Way,” going around the audience and adding in some cute dance moves, much to the delight of his fans.

When the event ended, N said, “I’m so happy to have come back from a fun trip and spent such a great time with you all. I hope I can continue to be a singer, as N, as Cha Hak Yeon, who keeps giving his fans everything. Please keep being happy for me. Thank you for celebrating my birthday with me.”