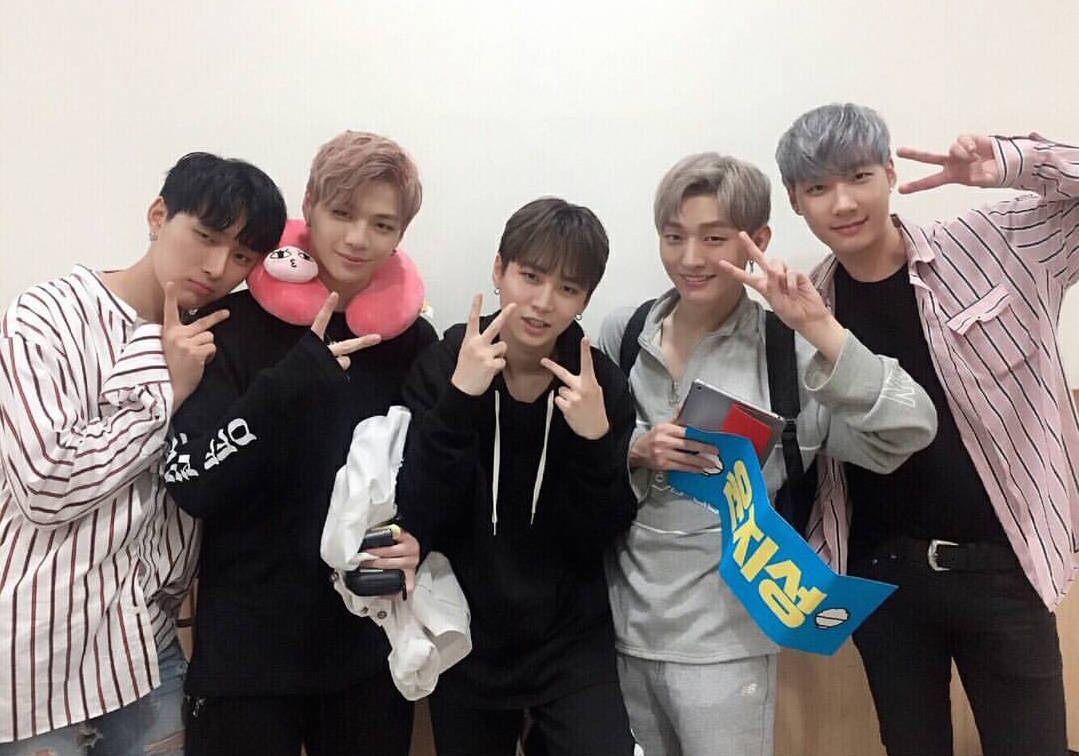 Joo Jin Woo answered, “Yoon Ji Sung was the very first one to bring it up. He said he wanted to try filming a reality show, and our agency looked for a way to get us on the program. All [five] of us agreed to go out on the show.”

When asked how they felt about their rankings on the show, Choi Tae Woong said while laughing, “We all told each other, ‘Let’s at least pass the first round [of eliminations].’ We didn’t know it was going to be that competitive though. Kim Jae Han and I got ‘super’ eliminated.”

The trainees then revealed that they had met up with Yoon Ji Sung and Kang Daniel after they got into Wanna One. “While we were eating together, Yoon Ji Sung said he was happy that he got into Wanna One, but he was worried that he wouldn’t have the stamina to keep up with everyone. He kept sighing,” shared Joo Jin Woo.

Kim Jae Han then commented, “Kang Daniel tried not to talk [about the results] because he thought we would get sad. We all knew how he was feeling, so we encouraged him and told him to work hard.”