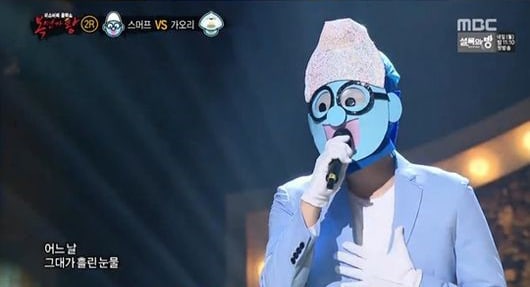 MBC’s “King of Masked Singer” revealed the identity of “Smart Smurf” as the leader of a boy group that has been hurt by people’s misconceptions about the group.

During the episode that aired on July 2, the second round featured a battle between “Smart Smurt” and “Let’s Go Stingray.” The first contestant performed Im Chang Jung’s “Love Again” while the second person sang Buzz’s “Travel to Me.”

“Stingray” won by a vote of 58 to 41, and moved on to the next round. “Smurf” took off his mask to reveal that it was none other than UKISS’ Soohyun. 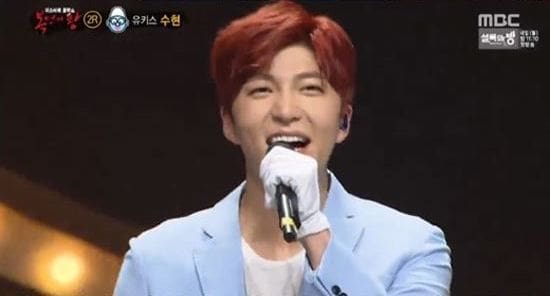 After greeting everyone, he gave an update on UKISS and said, “I think people thought that we were a talentless group because of ‘Man Man Ha Ni [Am I That Easy?].’ We’ve released about six or seven albums since then, but there are a lot of people who don’t know that and it hurts my heart.”

He also added, “Our song had autotune in it because that was what was in style, but I think that made people feel that we didn’t have that much talent. We’re in our tenth year as a group but people still ask us if we’re mooching off the money labelmate Im Chang Jung makes, or why we haven’t disbanded yet. Regardless, we’re working hard. We want to introduce K-pop to more people overseas.”

After the broadcast, Soohyun posted a photo of himself with his mask on his personal Instagram account with the caption, “I don’t know why I was so nervous watching the broadcast. I’m so happy to have had such a great experience. Thank you to all of the staff at ‘King of Masked Singer.’ I will continue to work hard as UKISS’ Soohyun. Thank you to KISSme.”

Watch Soohyun’s performance in the latest episode of “King of Masked Singer” below!

ukiss
Soohyun
The King of Mask Singer
How does this article make you feel?