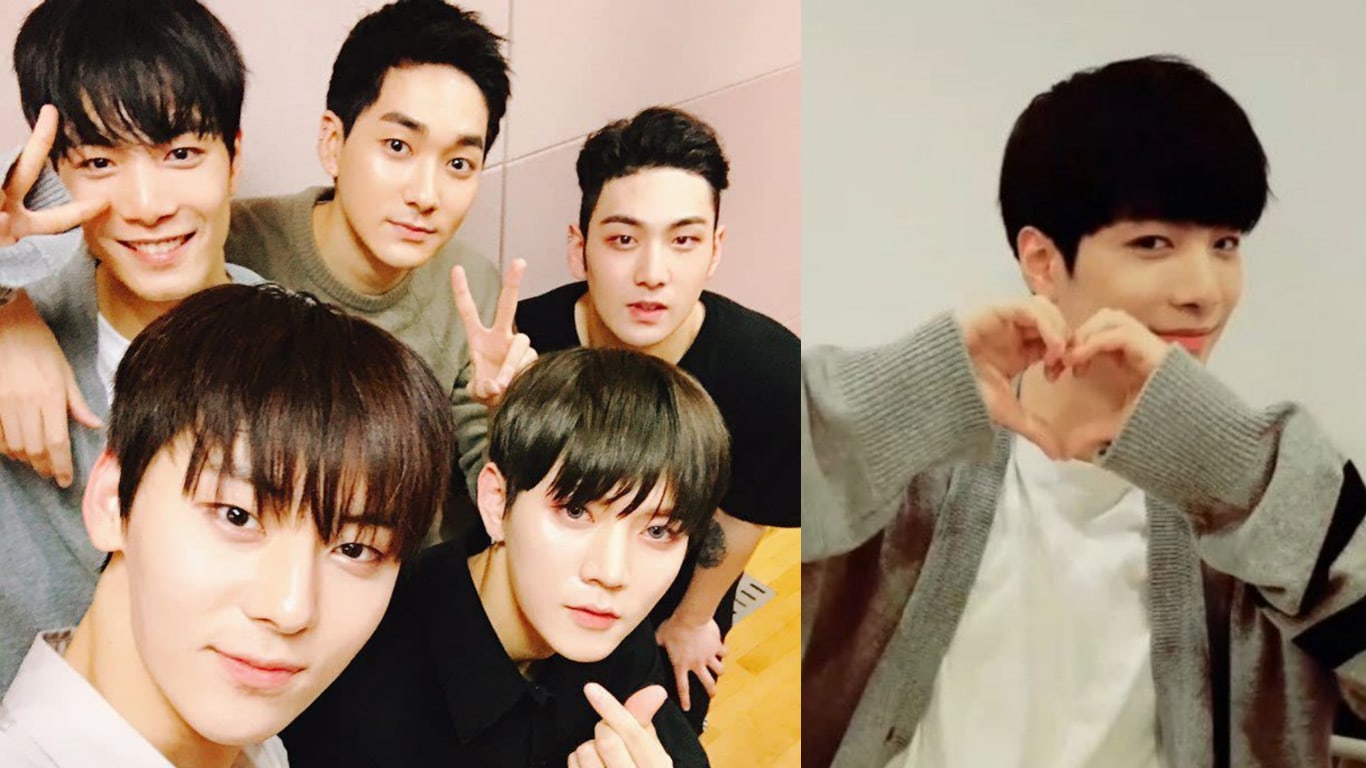 NU’EST’s Kim Jong Hyun recently took time to bond with his fans and give them an update about life after “Produce 101 Season 2” in a Naver V App broadcast on July 2.

The idol began by thanking everyone for the love NU’EST received during the show and apologized for his messy hairstyle as he was holding the broadcast right after the “Produce 101 Season 2” finale concert.

He added, “I’ve heard some great news. I heard that after the show, our albums were all sold out, and our songs were doing well on the charts. We always did our best to create good music, and I’m so grateful that so many people recognized that and listened to our music.” 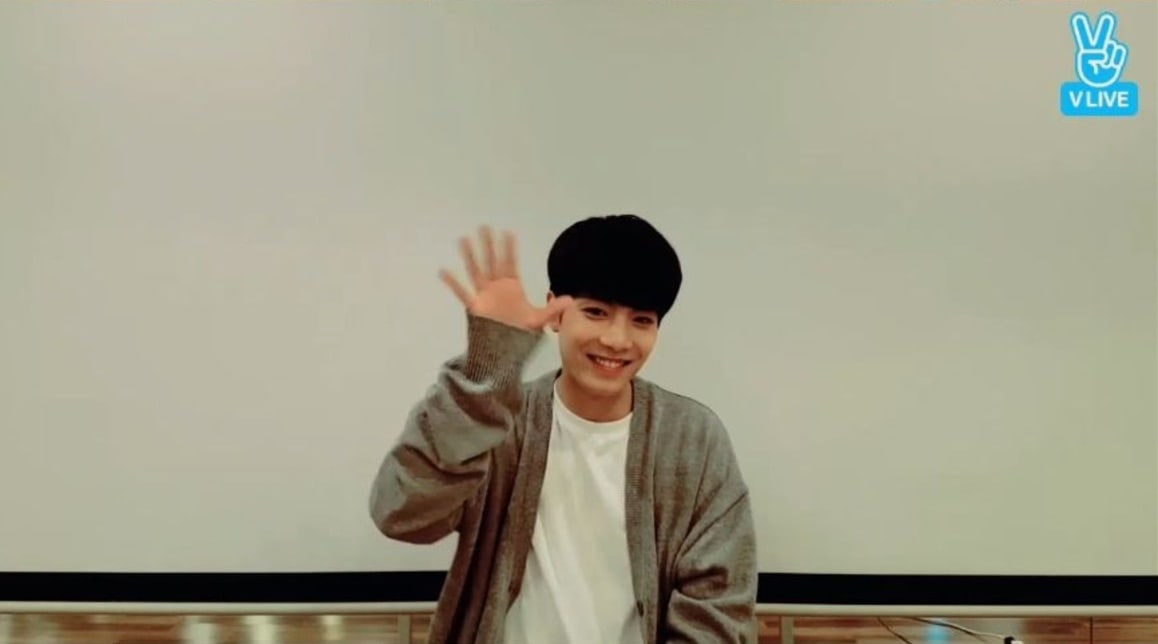 On what he’s been up to since the show ended, Kim Jong Hyun said, “I went back to my hometown in Gangwon-do. My parents made me lots of delicious food to eat. I’ve also been working on our new album, writing lyrics, and practicing how to take good selfies.” He laughed as he added, “But it doesn’t always turn out nicely.”

He also shared more details about himself, like how he can’t eat tomatoes and that his favorite hair color is black. The idol also said the dish he’s most confident cooking is omurice, and his favorite movies are the ones in the “Resident Evil” series. 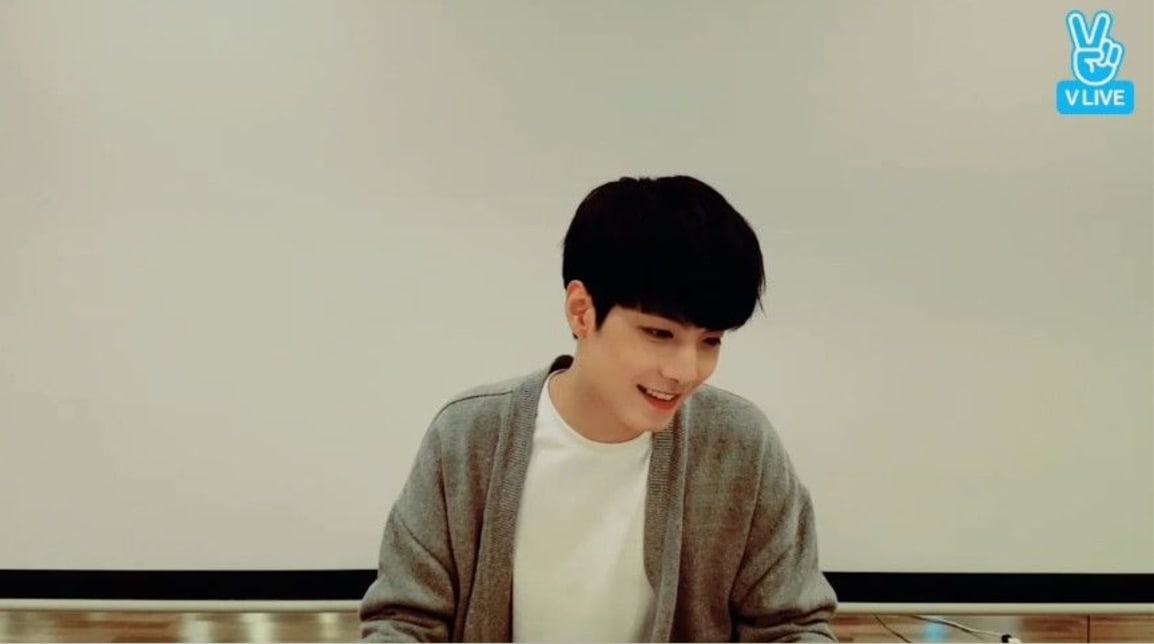 Kim Jong Hyun was loved by many on “Produce 101 Season 2” and was given the nickname “The nation’s leader.” When asked how he felt about that title, he said, “I suddenly found myself wearing the leader sticker, and I just tried to do my best with the position I was given. I was full of nerves every time I stood on stage.” He joked, “I think that’s why my jumps are so high, because I push all my energy and nerves into them.”

He also showed pride in fellow NU’EST member Hwang Min Hyun being chosen to be a member of Wanna One. Kim Jong Hyun said, “Everyone worked so hard and did well, and I was happy that Min Hyun was picked. I was proud and happy that so many of the nation’s producers had recognized him for his merits. He was crying so hard that I tried to lighten up the mood and said that I was glad that at least one of us had made it.”

Kim Jong Hyun concluded his broadcast with a promise to return regularly. 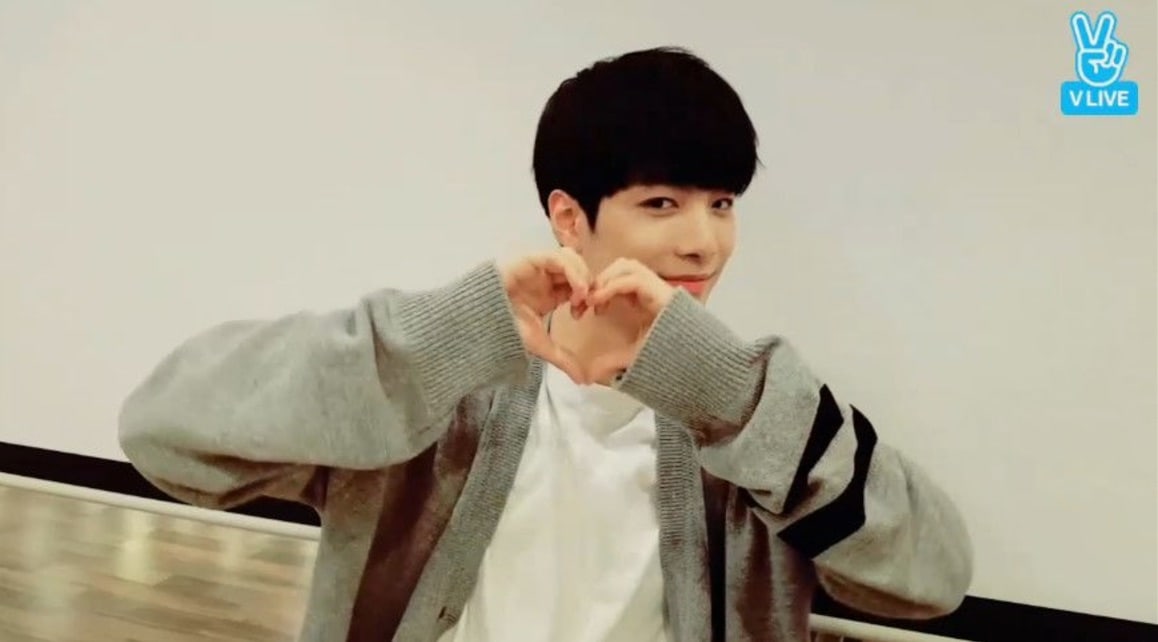 On the same day, Pledis Entertainment’s CEO Han Sung Soo shared a photo of all five members of NU’EST together with the hashtags, “NU’EST, LOVE, Aron, Minhyun, Baekho, Ren, JR.”

The photo seems to have been taken today on July 2 after the “Produce 101 Season 2” concert. Aron is said to have attended the concert to show support for his fellow NU’EST members.

NU'EST
JR
Produce 101 Season 2
How does this article make you feel?