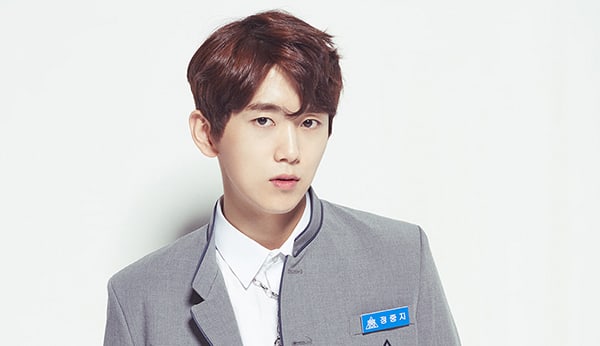 “Produce 101 Season 2” contestant Jeong Joong Ji has taken to Instagram following the end of the show to say that the previous rumors about him were false.

Jeong Joong Ji was swept up in controversy prior to the premiere of “Produce 101 Season 2” when an alleged female acquaintance accused him of sexually harassing her by continually touching her thigh, despite her objections, while they were at a movie theater together. In her now removed postings, she shared screenshots of their conversation via direct messages on Instagram (including his apology) and more.

“Produce 101 Season 2” held its finale concerts on July 1 and 2, featuring performances by the top 35 contestants, and is now officially over. Late in the evening on July 2, Jeong Joong Ji posted a now deleted photo of a rainy street to his Instagram with the following message:

“It’s raining, so I can’t go. I’m sad…. I’m envious when I see my successful friends. I couldn’t even participate. My agency spread weird rumors for ‘noise marketing’ and ruined my life, so I ended up leaving the agency.

“People just criticize me while not knowing the truth. It’s so hard to deal with. I really didn’t commit any crime… I’m not a criminal. They were really all fabricated rumors, but will anyone believe me?” 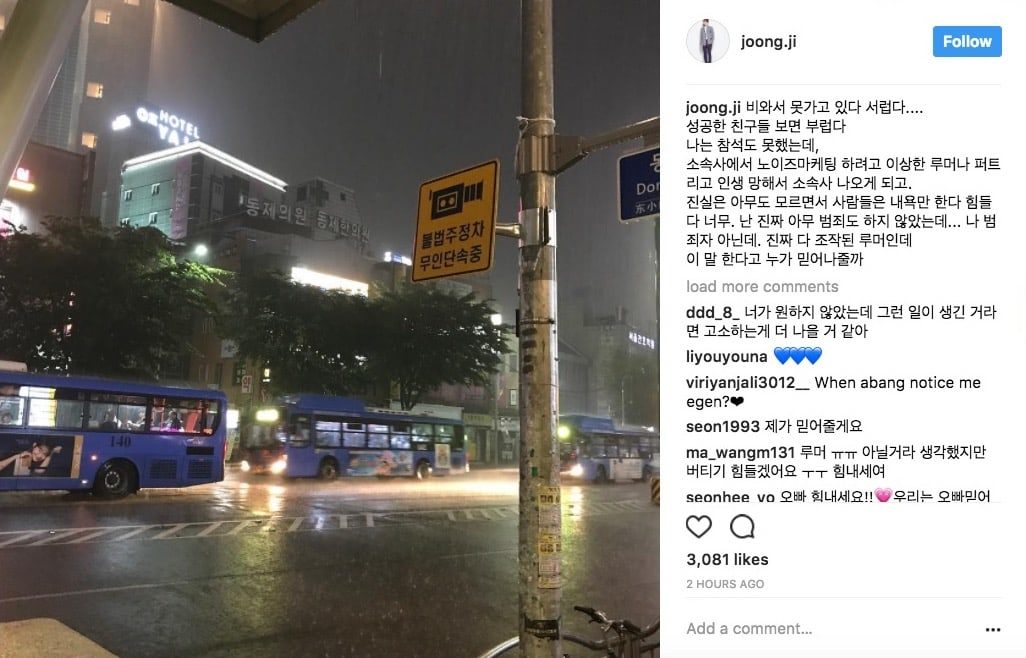 Despite the controversy, Jeong Joong Ji remained on the show until he came in No. 64 when the top 60 were revealed. Although Mnet continued to officially list Jeong Joong Ji as a trainee of agency WAYZ Entertainment during his appearance on “Produce 101 Season 2,” it was revealed in late May that he had left the company.

Produce 101 Season 2
Jeong Joong Ji
How does this article make you feel?