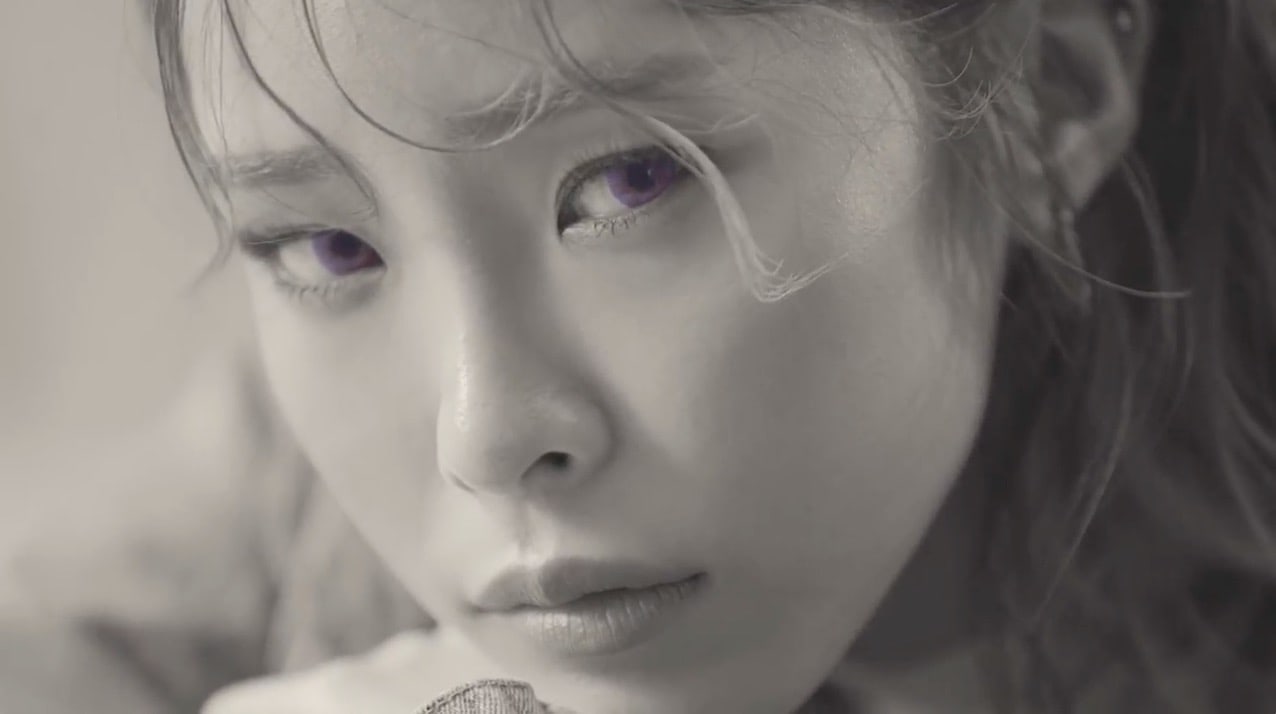 Heize Takes Over Charts With Another Song Off New Mini Album

Heize is killing it on the charts with her new mini album!

The singer-songwriter and rapper released her third mini album “///” on June 26, and also shared the music video for her song “Don’t Know You” (which also stars SHINee’s Onew). The song was a huge hit soon after, grabbing the No. 1 spot on all six major realtime charts on June 27 before achieving its first certified all-kill on June 28.

Heize also promoted a “hidden” track off her mini album, the song “You, Clouds, Rain” featuring Shin Yong Jae, by releasing a music video on June 27.

While “Don’t Know You” has been ranking high on the charts since its release, “You, Clouds, Rain” has now surpassed it on the realtime charts!

This second song from her mini album has now taken the No. 1 spot on all six realtime charts (Melon, Genie, Bugs, Mnet, Naver, and Soribada) on July 3.

Meanwhile, “Don’t Know You” is No. 2 on Melon, Genie, Bugs, Mnet, and Soribada, and No. 5 on Naver. It is also No. 1 on iChart’s weekly and realtime charts, and No. 1 on the daily charts on Melon, Mnet, Naver, and Soribada. 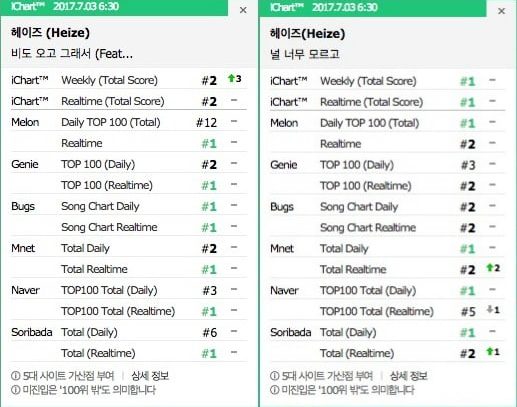 This must be a particularly meaningful achievement for Heize as she co-composed “Don’t Know You” along with GroovyRoom and co-composed “You, Clouds, Rain” along with DAVII. She also wrote the lyrics on her own for both tracks.

Congratulations to Heize on the amazing success!