The film was directed by Ryu Seung Wan, the director behind “Veteran” and “Berlin.” It takes place during Japan’s occupation of Korea and tells the story of the Korean people who were forcibly drafted into the Japanese army. They put their lives at stake to escape from the Battleship Island (Hashima, named Battleship Island because of its shape).

Hwang Jung Min plays Lee Kang Ok, a father who will never let go of his daughter (Kim Soo Ahn) no matter how dire the situation. His poster reads, “I won’t even ask to be let out, just let my daughter So Hee escape.” 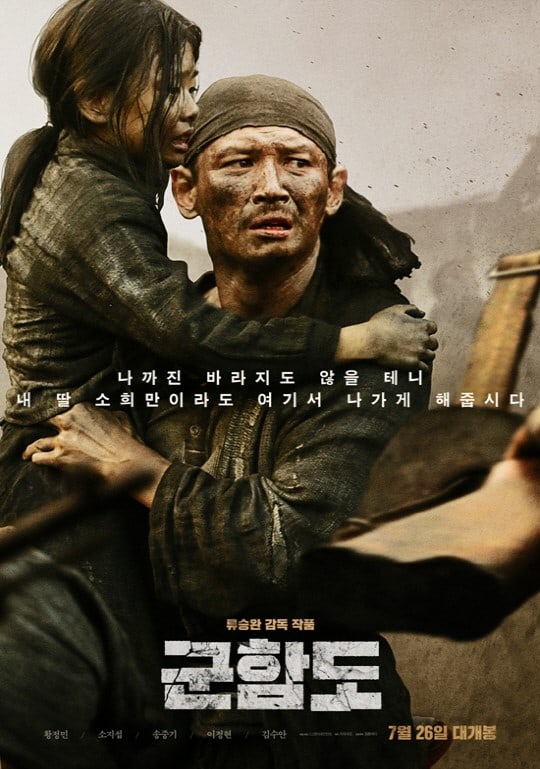 So Ji Sub plays Choi Chil Sung, a rough but loyal man. He says, “We’ll watch everyone’s backs until every Korean citizen makes it to the boat.” 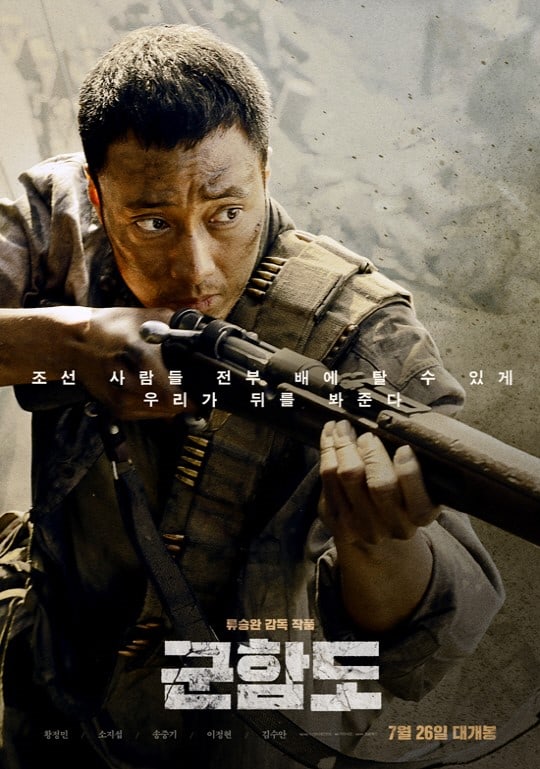 Song Joong Ki plays Park Moo Young, an Office of Strategic Services (OSS) agent from the Korean Independence Army who sneaks into the island to fulfill a mission. His poster says, “We will all get out, all of the Korean citizens here.” 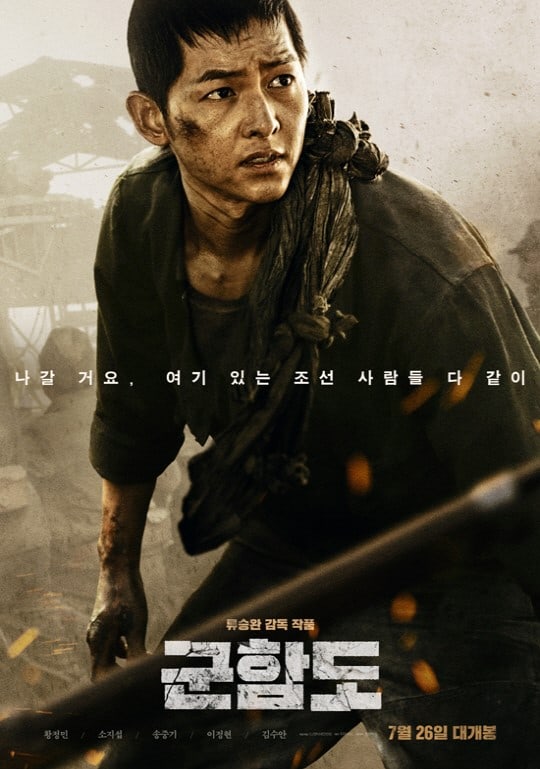 Lee Jung Hyun plays Mal Nyeon, a strong Korean woman. She says, “If at least one person lives, we win. At least a one person.” 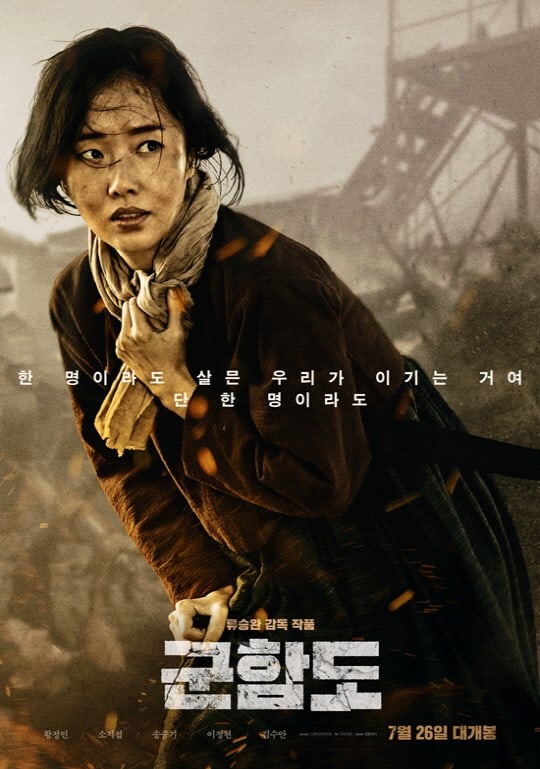 “The Battleship Island” is a fictional story based on historical accounts of Japan’s occupation of Korea when countless Koreans were forcibly drafted into the Japanese army.

The movie will premiere on July 26 KST.