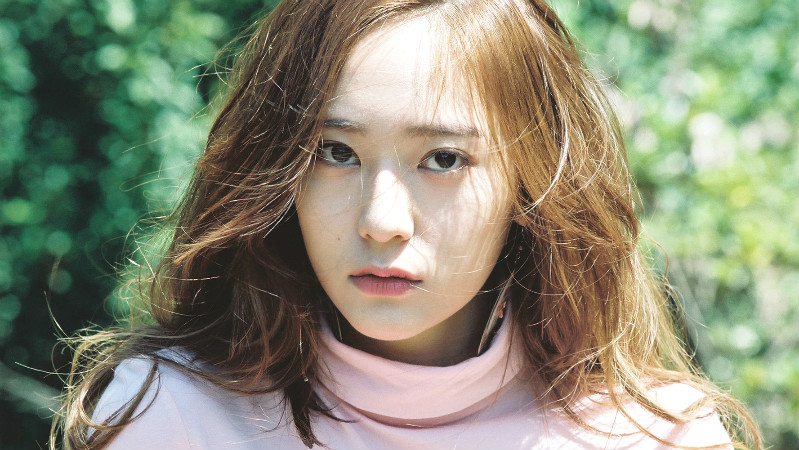 About her character, Krystal said, “I play a goddess who has come down to earth to help the humans manage their water and now lives among them as an actress.”

The reporter, Kim Tae Jin, asked, “Is it easier to act as a god since you have a ‘goddess’ image?’ and Krystal replied, “No, it’s still intimidating.”

Im Joo Hwan then added, “I wanted to be a god but I’ve become a human instead. My character is named Shin Hoo Ye because it’s supposed to mean I’m descended from the gods.” (Shin means ‘god’ in Korean, while Hoo Ye means ‘descendant.’)

Shin Se Kyung, who plays the human So Ah, also shared her first impressions of Krystal. “At first she seemed like a very beautiful, cold woman, but she has a lot of aegyo,” she said. “The way she says ‘unnie, unnie’ a lot made it fun to come to set.”

“Bride of the Water God,” based on the manhwa of the same name, broadcast its first episode on July 3 at 10:50 p.m. KST.

f(x)
Im Joo Hwan
Krystal
Shin Se Kyung
Bride of the Water God
How does this article make you feel?