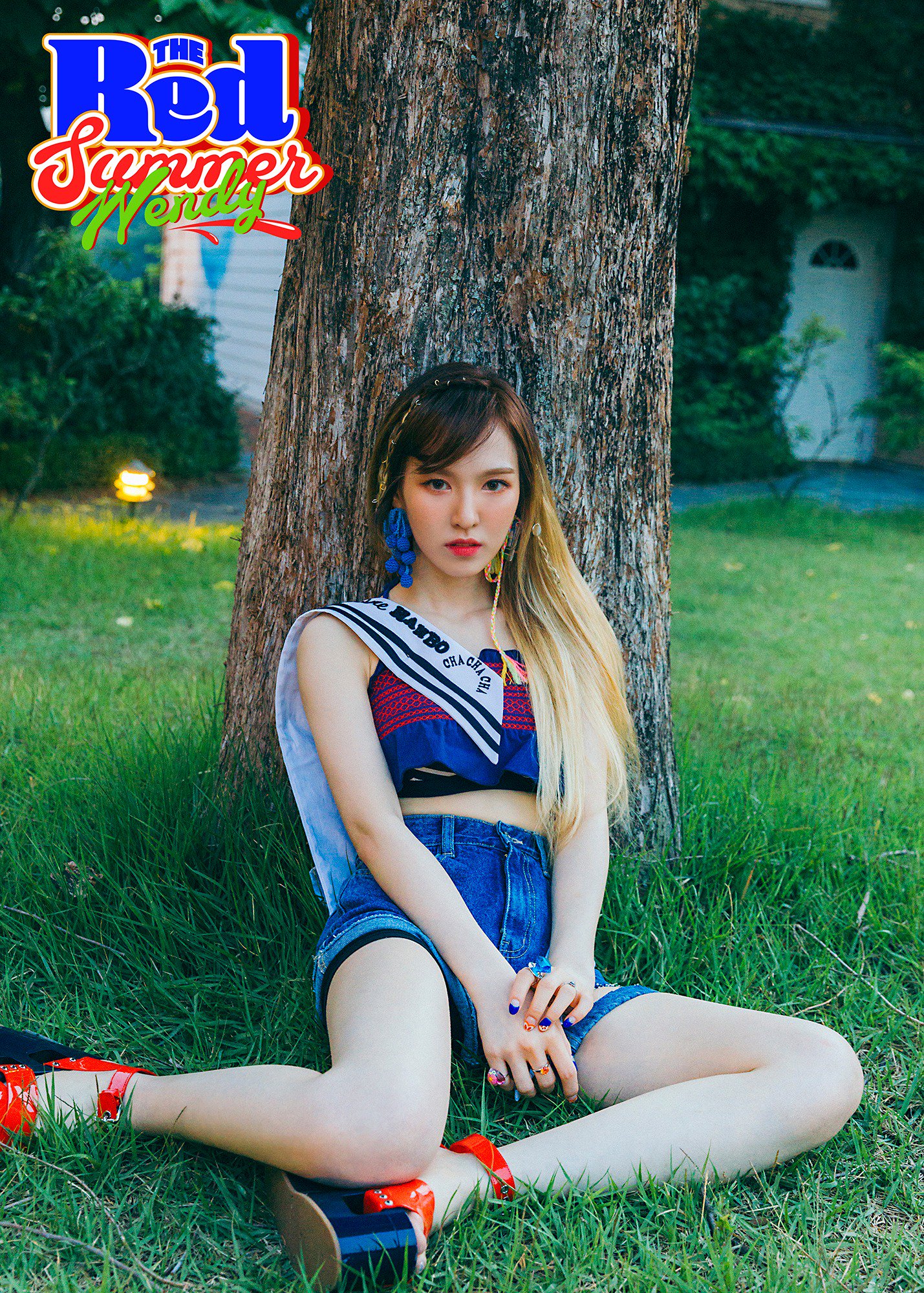 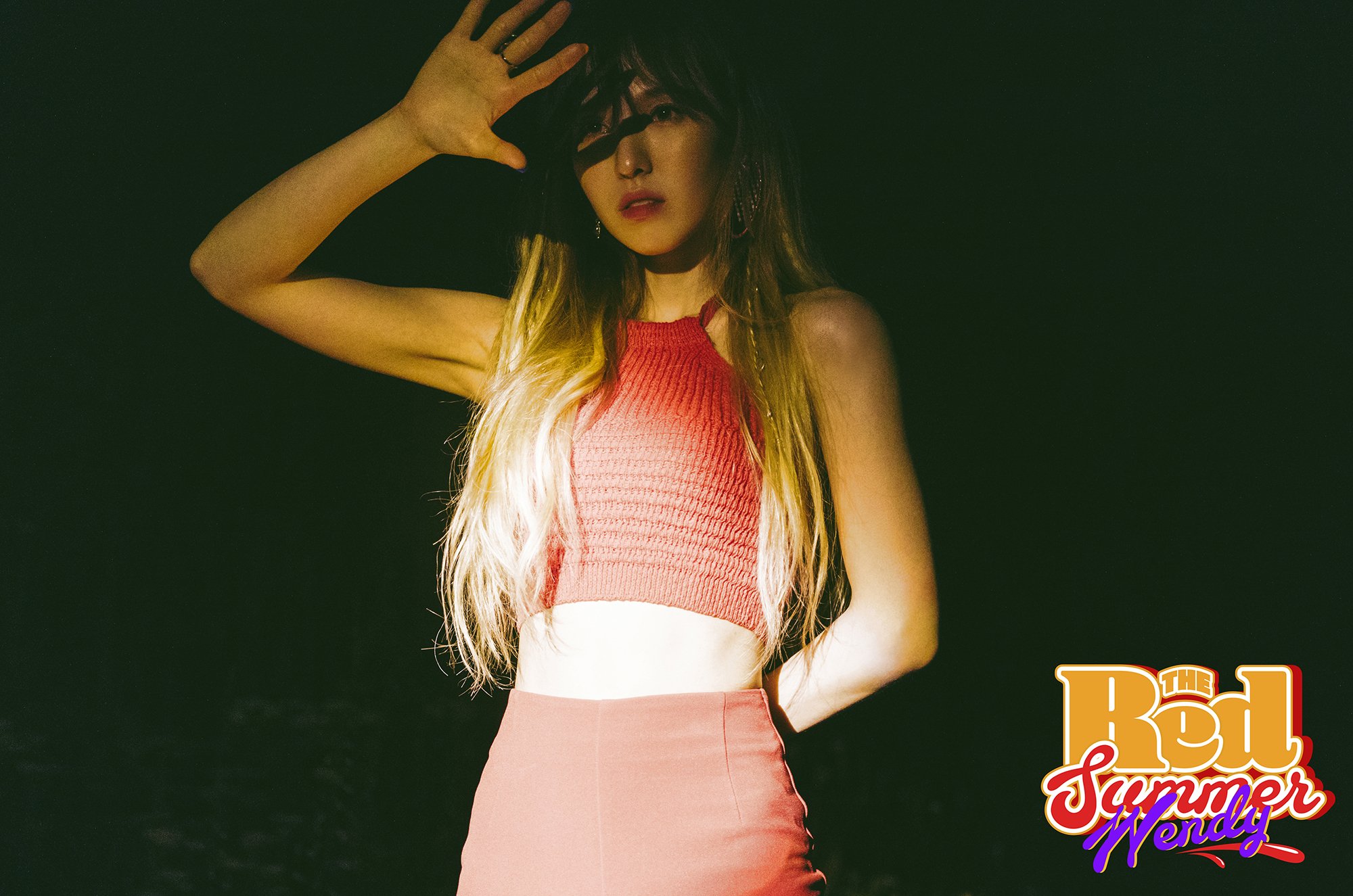 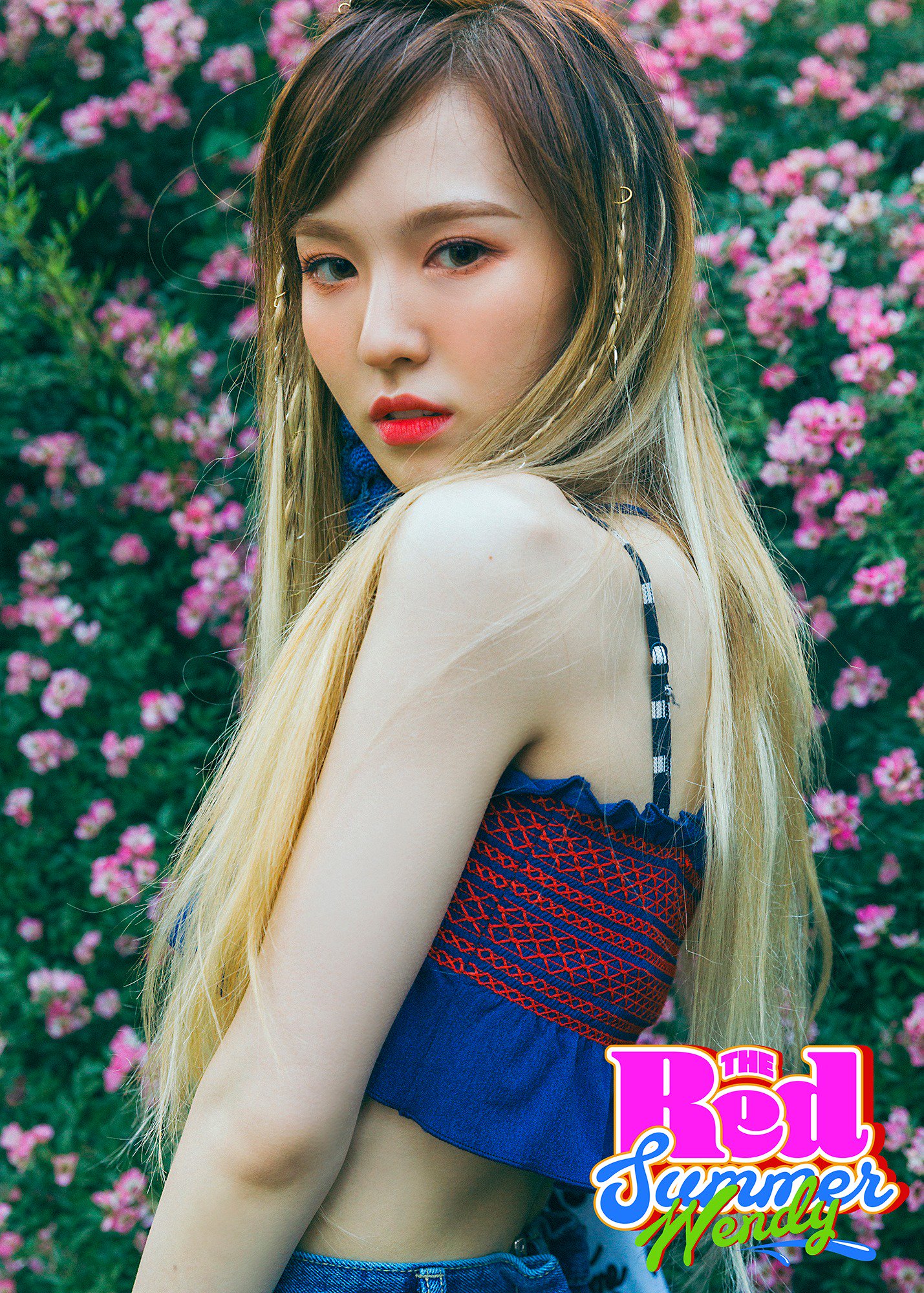 After releasing teasers for the other members, Red Velvet has also released new teasers for Wendy!

The teasers were released through Red Velvet’s official Twitter account on July 4, and show Wendy wearing bright colors of red and blue to fit the summer season. The group will be making their comeback with the title track “Red Flavor.” The track, which is written by hit songwriter kenzie, is set to be a summer-themed song that uses the color red to express the emotions of love.

Meanwhile, their mini album “The Red Summer” is set to release on July 9 at noon KST.

Check out her new teasers below!