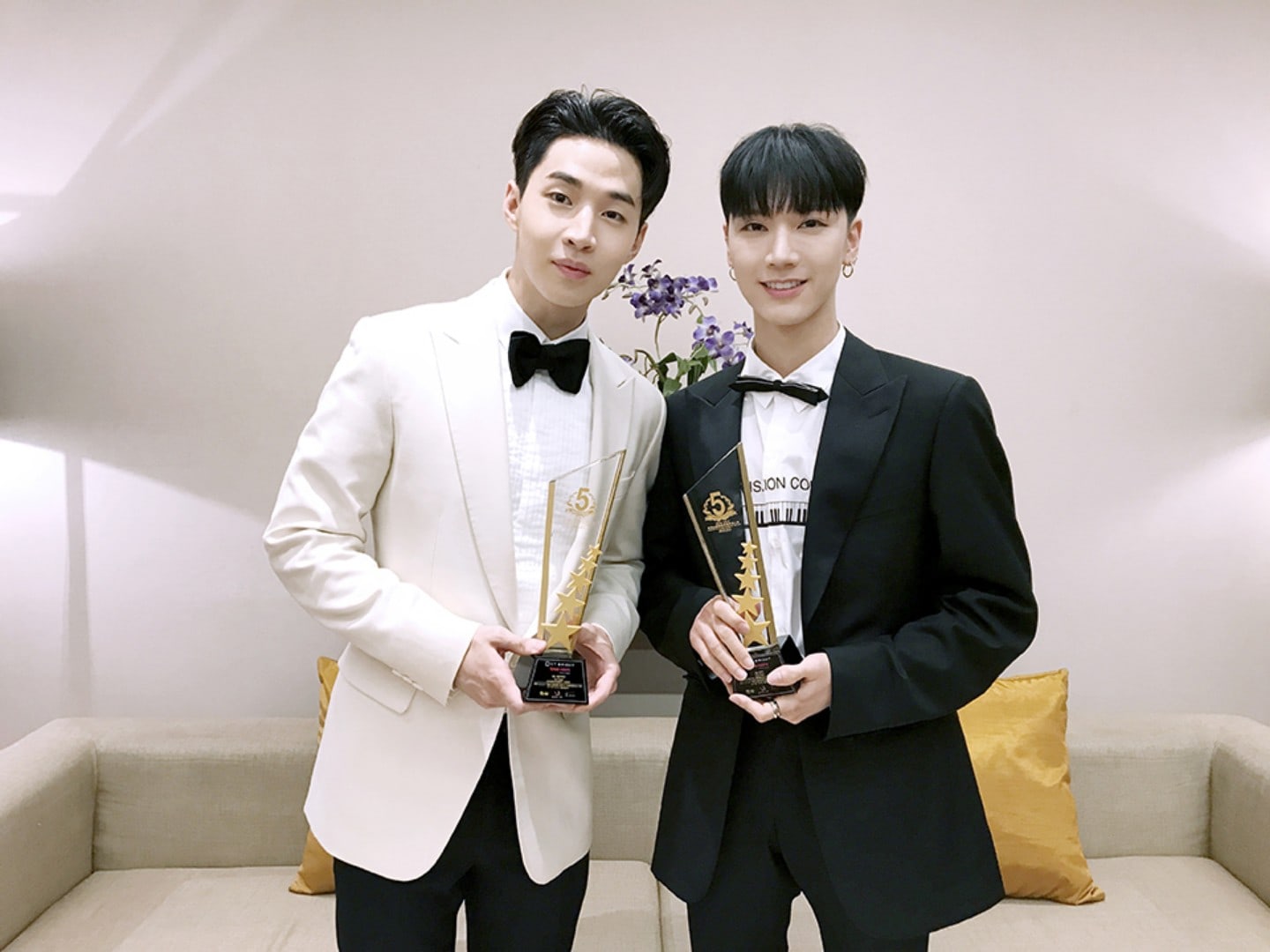 On July 3, Super Junior M’s Henry and NCT’s Ten were lauded at the 2016-17 Thailand Headlines Person of the Year Awards.

Henry received the “Best Influence Award,” one of the biggest awards of the night, and Ten received the “Most Popular Award.” The ceremony was held at the Centara Grand & Bangkok Convention Centre at Central World and both artists were present to accept their trophies.

The Thailand Headlines Person of the Year Awards are organized by Thailand Headlines and celebrates influential Thai figures as well as entertainers who have had a large impact in Thailand and China. The award is especially meaningful to Ten as he is originally from Thailand.

Congratulations to Henry and Ten!

NCT
Henry
Super Junior M
Ten
How does this article make you feel?