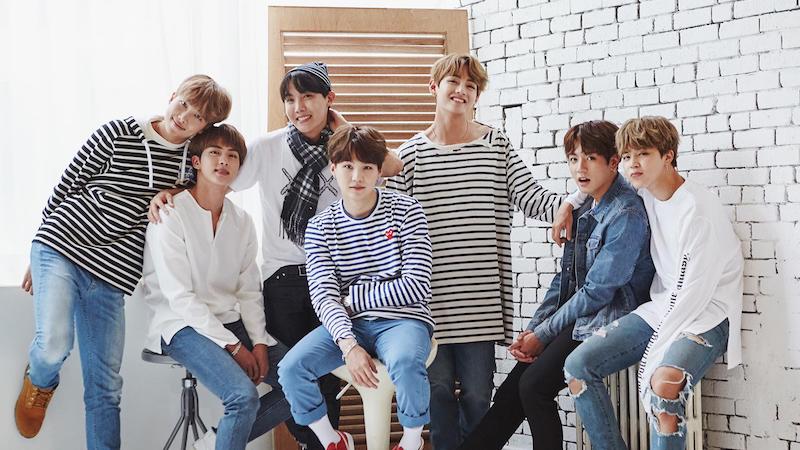 After the release of their new logo animation video on July 5 (see below), BTS’s logos for all their social media accounts have changed! Their website also now features a new intro image to match. You can check out the new logos on their fan cafe, blog, Facebook, the members’ Twitter, official Twitter, Instagram, V Live, Weibo, and more.

A member took to Twitter to send a message to fans about the new logo. “I really like the new BI [brand identity],” he wrote. “I was really excited so I wanted to show it to you all even a day sooner. More than anything else, it’s meaningful because it shows an image of us and ARMY connected as one, and I’m happy!!”

BTS has suddenly released what appears to be the new logo for the group as well as a logo for ARMY!

A logo animation video was dropped on July 5 at noon KST that begins with the text “See you there,” and goes on to reveal the two sleek new logos. Rap Monster can also be heard saying “Beyond the Scene: BTS.” Check out the video below!

Meanwhile, BTS recently wrapped up the final concerts of their 2017 “WINGS” tour and is now preparing to make a comeback in the second half of the year.