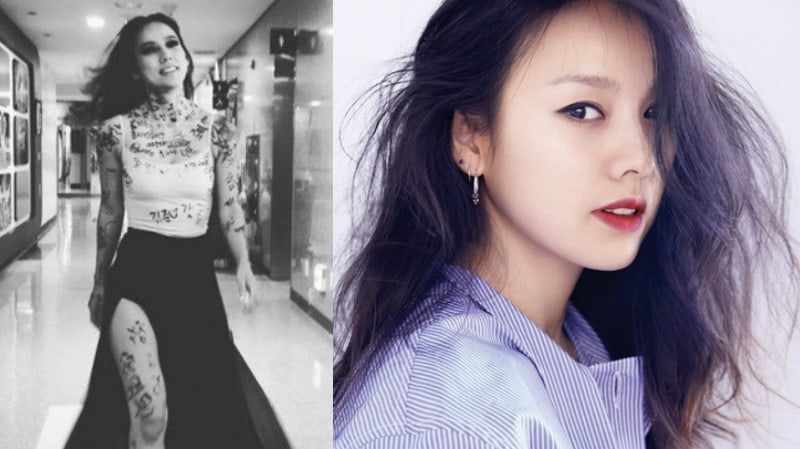 Singer Lee Hyori prepared a special event for her fans to commemorate her first music show performance since her new album “Black” dropped on July 4.

This is the singer’s first album in four years, and the singer will perform on MBC Music’s “Show Champion” on July 5.

Both Lee Hyori and her fans had been expressing their excitement for the upcoming comeback on various social media platforms. However, the performance was recorded in advance, meaning that fans would not have the opportunity to celebrate the singer’s return with her in person.

Instead, the singer came up with an interesting event for her fans. Before she stood on stage, she met with her fans and asked them to sign and leave messages on her body. She even live streamed the entire process on her social media account, giving fans the opportunity to show their support and love for her in a direct way that would be aired on TV for everyone to see.

She also shared photos of her confidently heading towards the stage with signatures all over the body, and the caption read, “We’re here together for my first performance.”