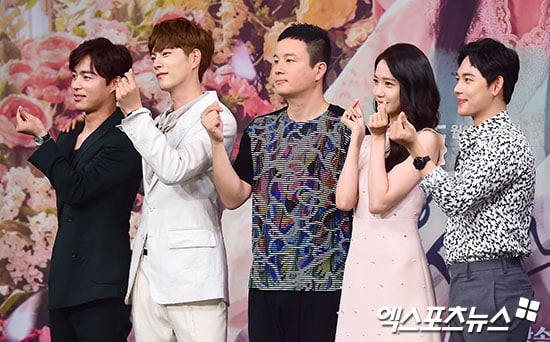 At a special showcase for “The King Loves” on July 3, the drama’s cast and staff invited 150 lucky fans to give special presents, play games, and talk.

The actors chose YoonA as the person with the best memory. Oh Min Suk explained, “YoonA has many lines and not much time to memorize them, but she acts very well,” to which YoonA showed her signature smile and said, “I’m so happy.”

They then surprised fans at the event by revealing an OST sung by Im Siwan for the first time. Not only that, but the actors each prepared a present for the fans there, and Im Siwan brought his own Rubik’s Cube that he had with him at all times. Because it was an object he cared a lot for, he wanted to give it to a fan as a special gift.

See Also: Im Siwan Says He’s Not Scared Of Enlisting In The Army Thanks To YoonA

When asked to say his final goodbye before enlisting in the army, he said, “I will see you again next time. I’m not doing anything great, and I’m just going later than everyone else. I’ll [only] be away for a year and nine months, so I don’t think it’s right to use the word ‘final.’ I will be back.”