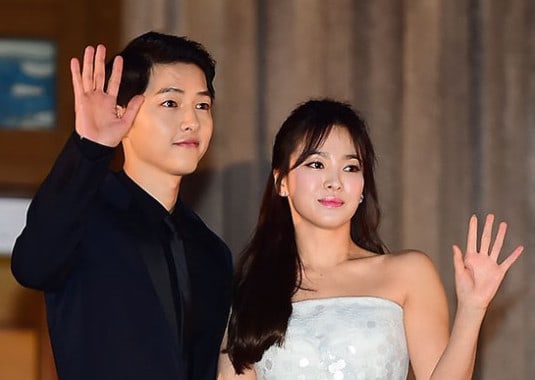 After the exciting news of the engagement of Song Hye Kyo and Song Joong Ki, many people are talking about the now legendary Bali trip.

One media outlet went so far as to report on July 5 that a source had told them the couple filmed a wedding photo shoot while in Bali recently. It was reportedly also doubling as a photo shoot to celebrate Song Hye Kyo’s 20th anniversary since her debut.

However, her agency UAA has stepped forward to respond by saying, “It’s a groundless rumor. Please refrain from speculation.” They added, “There is nothing decided upon beyond what was announced in the official statement.”

The director of Song Joong Ki’s agency Blossom Entertainment Kim Jung Yong was also asked about the Bali trip, but he replied, “Song Joong Ki’s trip to Bali last month was a personal vacation, and therefore I did not ask who he went with. I don’t know if they met there.”

He also stated that the couple has not yet held the traditional event for their families to meet, and that Song Joong Ki told him about his marriage plans about a month ago.