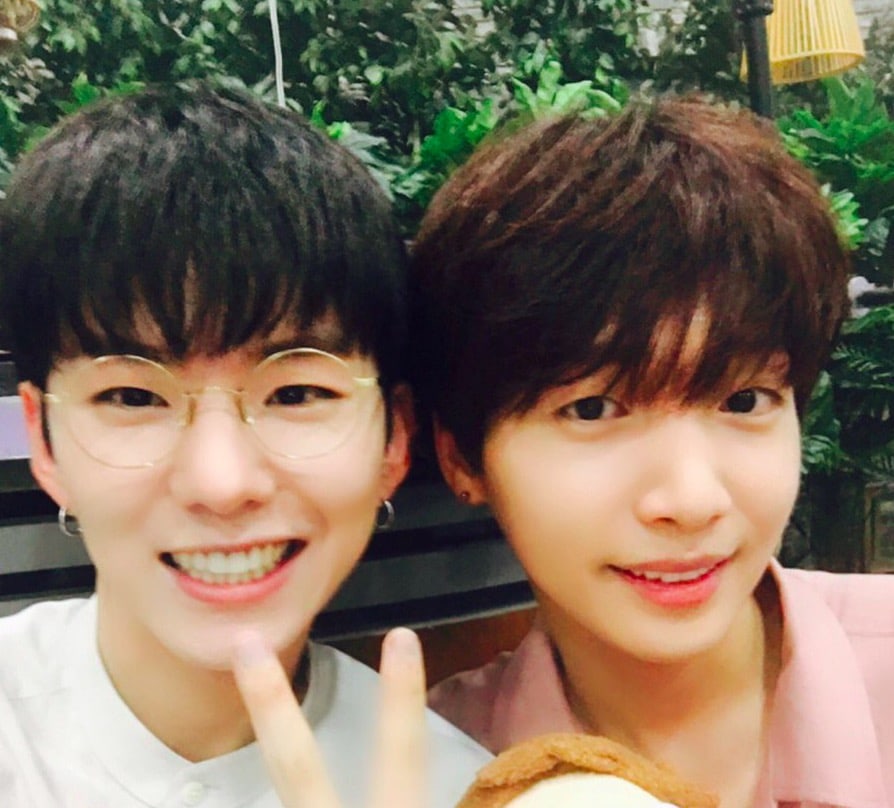 Jung Se Woon, the contestant from Starship Entertainment on “Produce 101 Season 2,” and MONSTA X’s Kihyun recently showed off their friendship.

On July 5, the two friends aired a V Live broadcast together.

During the broadcast, Kihyun said, “[MONSTA X] is almost finished with the album promotions, and we’re looking forward to the world tour now.” Jung Se Woon said, “I watched their performance in Seoul once. It was really amazing. [Kihyun and I] trained together for a short time. It was really cool to see him on stage.”

Kihyun expanded, “We’ve even lived together.” Jung Se Woon said, “Only for a little while, but the first day I got into the company, I used his dorm. Kihyun took really good care of me. He told me lots of things about the entertainment industry.”

Kihyun also relayed that although he didn’t think that he would be able to stay up to watch the last episode of “Produce 101 Season 2,” he was so curious that he ended up watching the whole thing. He said of Jung Se Woon, “I was a bit disappointed, but he did really well.”

What a cute friendship!