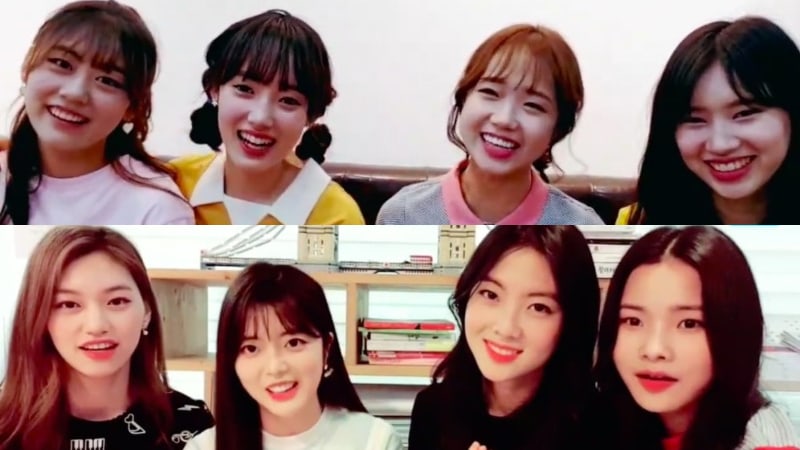 The much-anticipated Fantagio girl group that includes I.O.I members Choi Yoojung and Kim Doyeon has made an announcement about their debut!

On July 6, Fantagio stated via a press release that the name of the eight-member group that was commonly known as i-Teen Girls will be Weki Meki.

Fantagio states that in one meaning of the name “Weki Meki,” “MeKi” refers to eight unique girls who each hold keys that identify one another and “WeKi” refers to the girls as a group once they meet and come to possess another key that opens a new world.

The name is twofold, with another meaning for the name taking the “we” and “me” from the two words to form “WEME,” signifying the eight members coming together to form a group.

The name is pronounced similarly to “Wee key mee key.”

In addition, Fantagio has released a photo of the group that shows only their legs, with each of the members wearing white sneakers and socks.

This new girl group is planning to make their debut in August, and will be opening their official social media accounts and fan cafe soon.