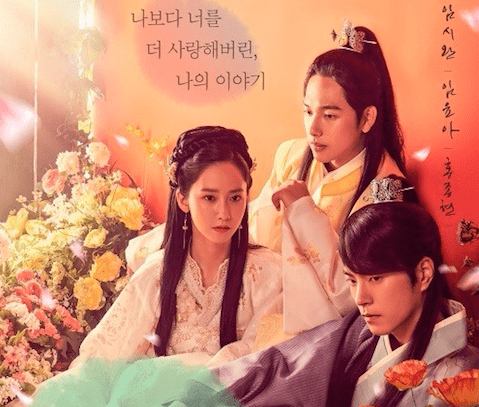 Wang Won (Im Siwan), Eun San (YoonA) and Wang Rin’s (Hong Jong Hyun’s) love triangle is the central relationship in the drama. Wang Won and Wang Rin are each other’s only friends, but with the appearance of Eun San, their bromance will go haywire. Won and Rin’s hearts are facing Eun San, but Eun San’s feelings have not been revealed yet. 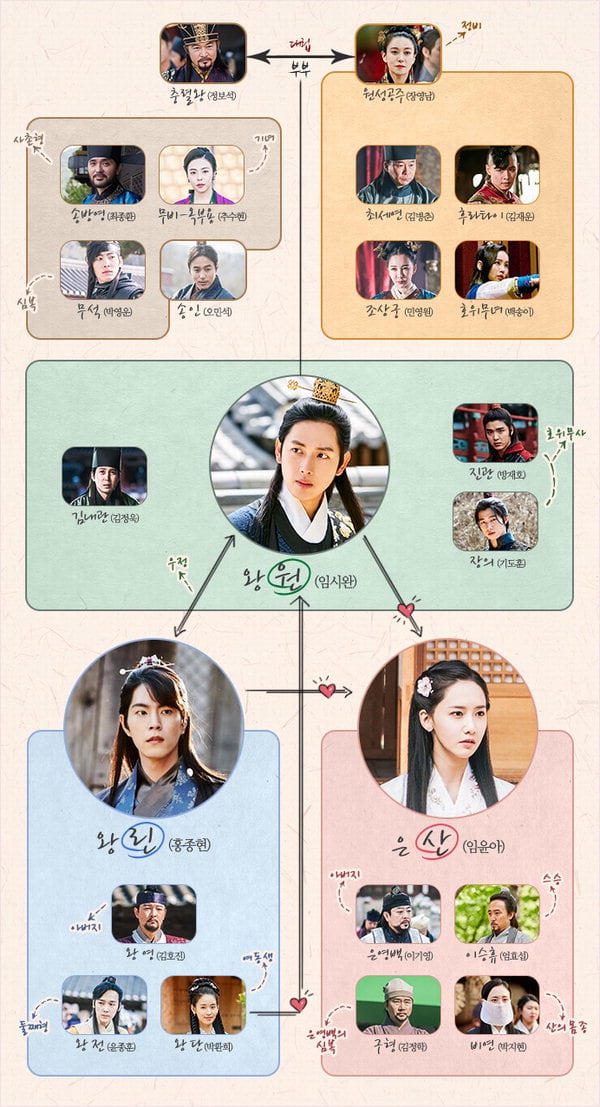 Wang Won’s family relationship is not the usual. He was born between King Chungnyeol of Goryeo (Jung Bo Suk), and Queen Jangmok (Jang Young Nam), daughter of Kublai Khan, making him the first crown prince of mixed descent. Despite being a married couple, King Chungnyeol and Queen Jangmok will fight for power within the palace and maintain a tense relationship with Wang Won as well.

“Goryeo’s hidden authority” Song In (Oh Min Suk) will control King Chungnyeol and cause trouble for Wang Won. One of the people on his side, Ok Boo Yong (Choo Soo Hyun), will be King Chungnyeol’s woman, while simultaneously appearing as Song In’s lover.

On the other hand, Eun San is surrounded by supportive family and friends. There is her father Eun Young Baek (Lee Ki Young) who makes a regrettable yet unavoidable choice to protect his daughter Eun San. Her teacher Lee Seung Hyoo (Uhm Hyo Sup), and her handmaid Bi Yeon (Park Ji Hyun) whose fate becomes switched with Eun San’s, will also add to the development of the plot.

Meanwhile, “The King Loves” is a pre-produced historical drama that’s partly based on facts and partly fictional. It was written by Song Ji Na and directed by Kim Sang Hyup. The drama will begin airing on July 17 at 10 p.m. KST.