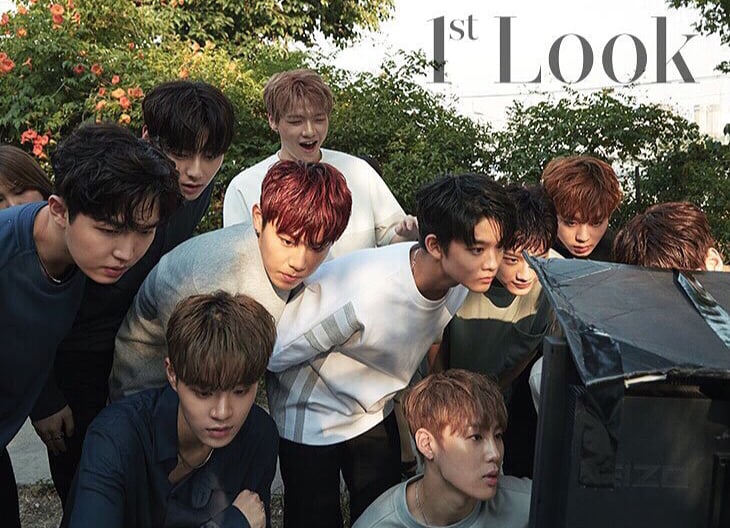 Wanna One is wowing fans with their good looks as they show their serious, hard-working attitude behind the scenes of their first editorial shoot!

On July 6, menswear brand System Homme revealed behind-the-scenes photos of Wanna One posing for their editorial in collaboration with 1st Look magazine.

The first photo shows Wanna One members leaning in to see how they look on screen. All members have serious looks on their faces except for Kang Daniel, who looks happy as can be.

In another photo, Wanna One is posing as a group while Kang Daniel holds up a fancy cake. The cake was gifted from System Homme in support of Wanna One’s beginnings.

Two individual shots show members Kang Daniel and Ong Sung Woo behind the scenes of what is described as a hot summer day on the shoot.

1st Look also previously released group shots from their stunning pictorial, as well as individual cuts with quotes from the members.

Wanna One’s debut is set for August 7! Check out their plans for their debut here.