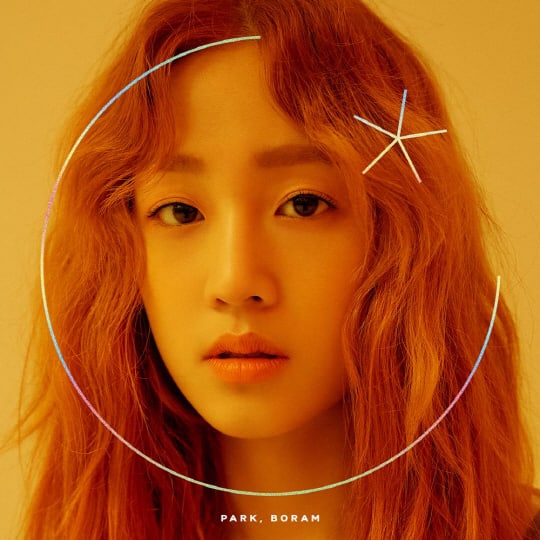 Also check out Park Bo Ram’s preview for her album “Orange Moon” below!

Her recently released track list reveals that her title track for his mini album will be “Why, You?” featuring Samuel Seo.

Check out more teaser photos below! 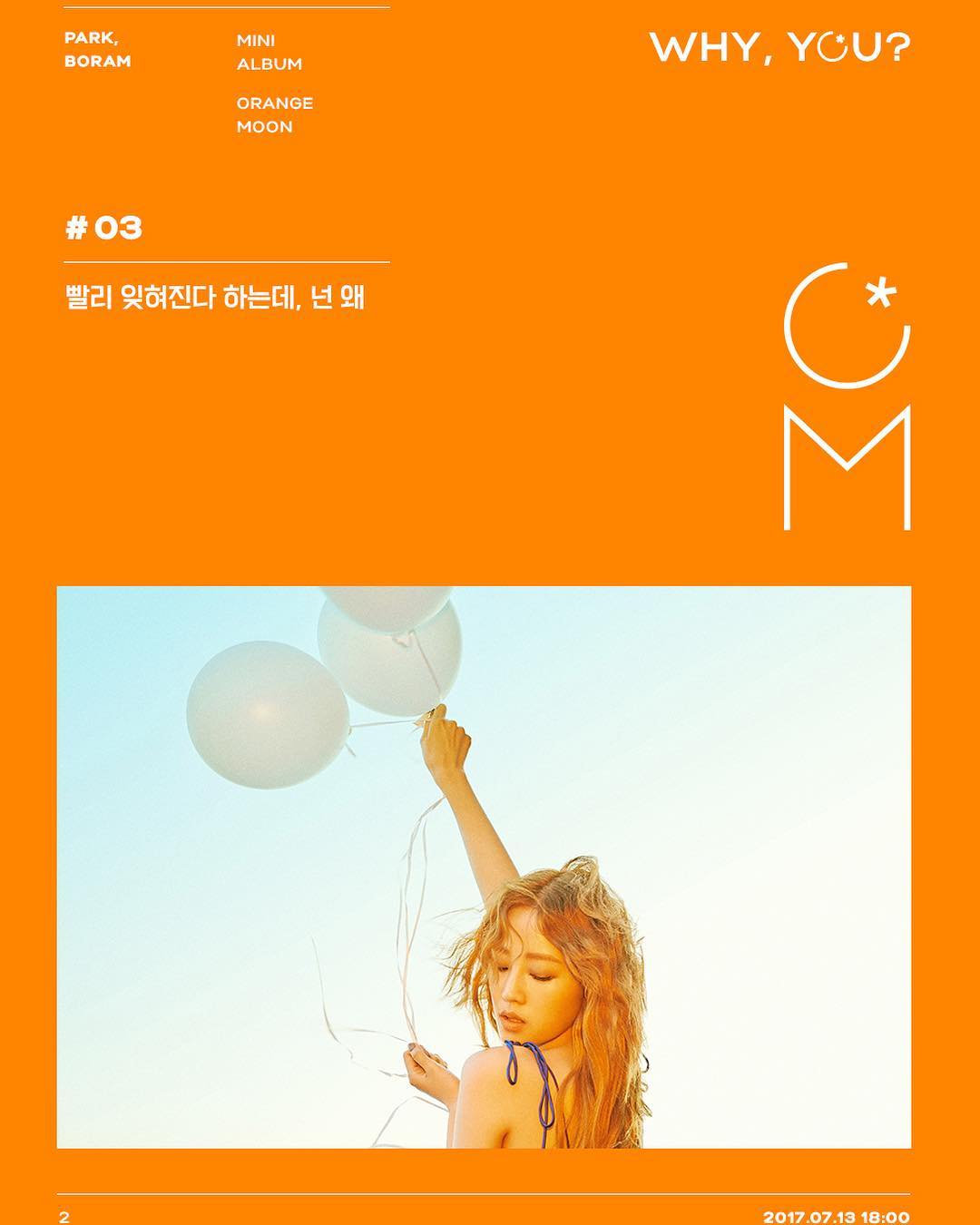 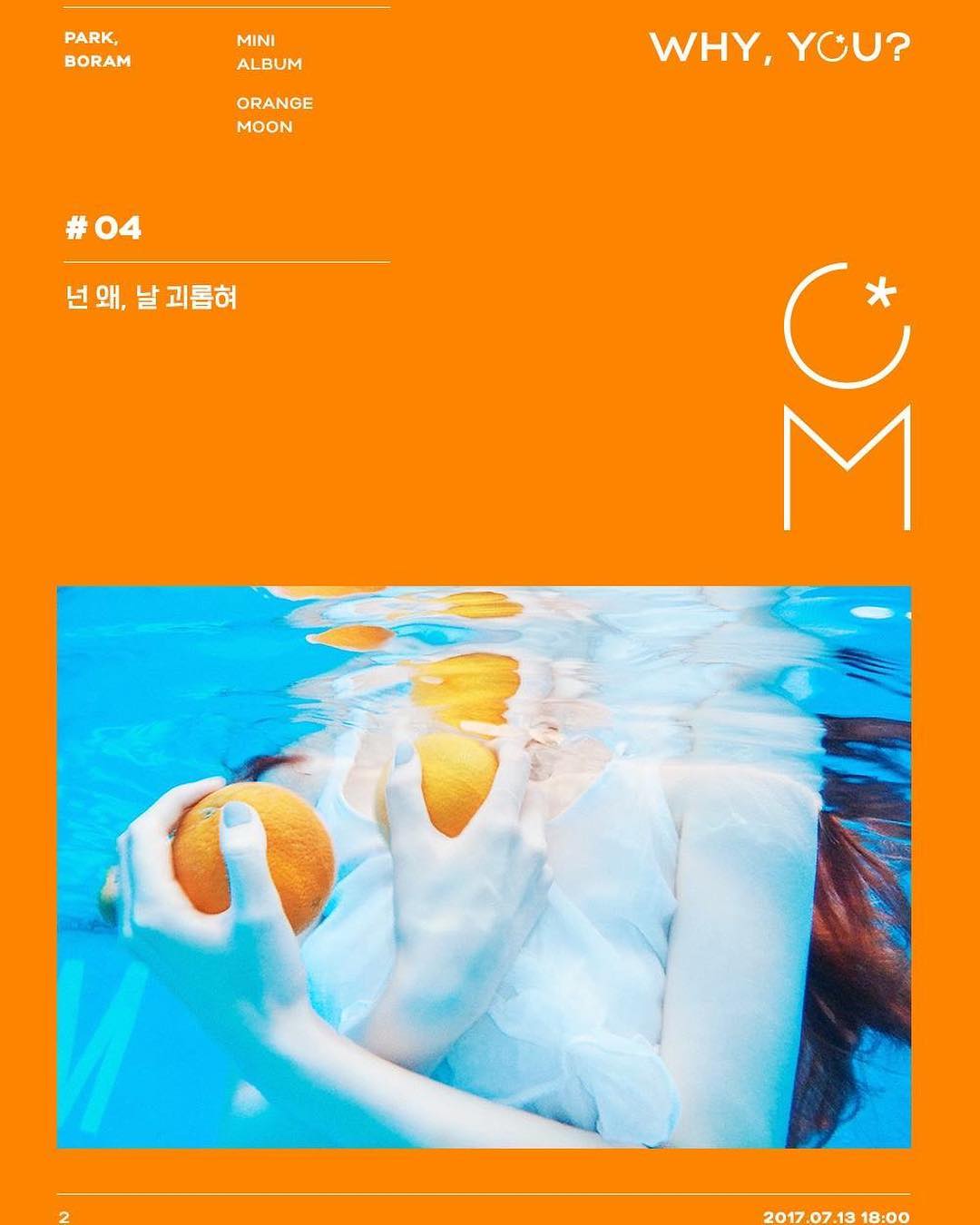 Both images have a primarily orange color scheme for the mini album titled “Orange Moon.” The “Why, You?” written in the corner suggests the potential name of the title track.

The first teaser shows Park Bo Ram with an orange marble-like object in her mouth and text that reads, “You were that bad, why you?” 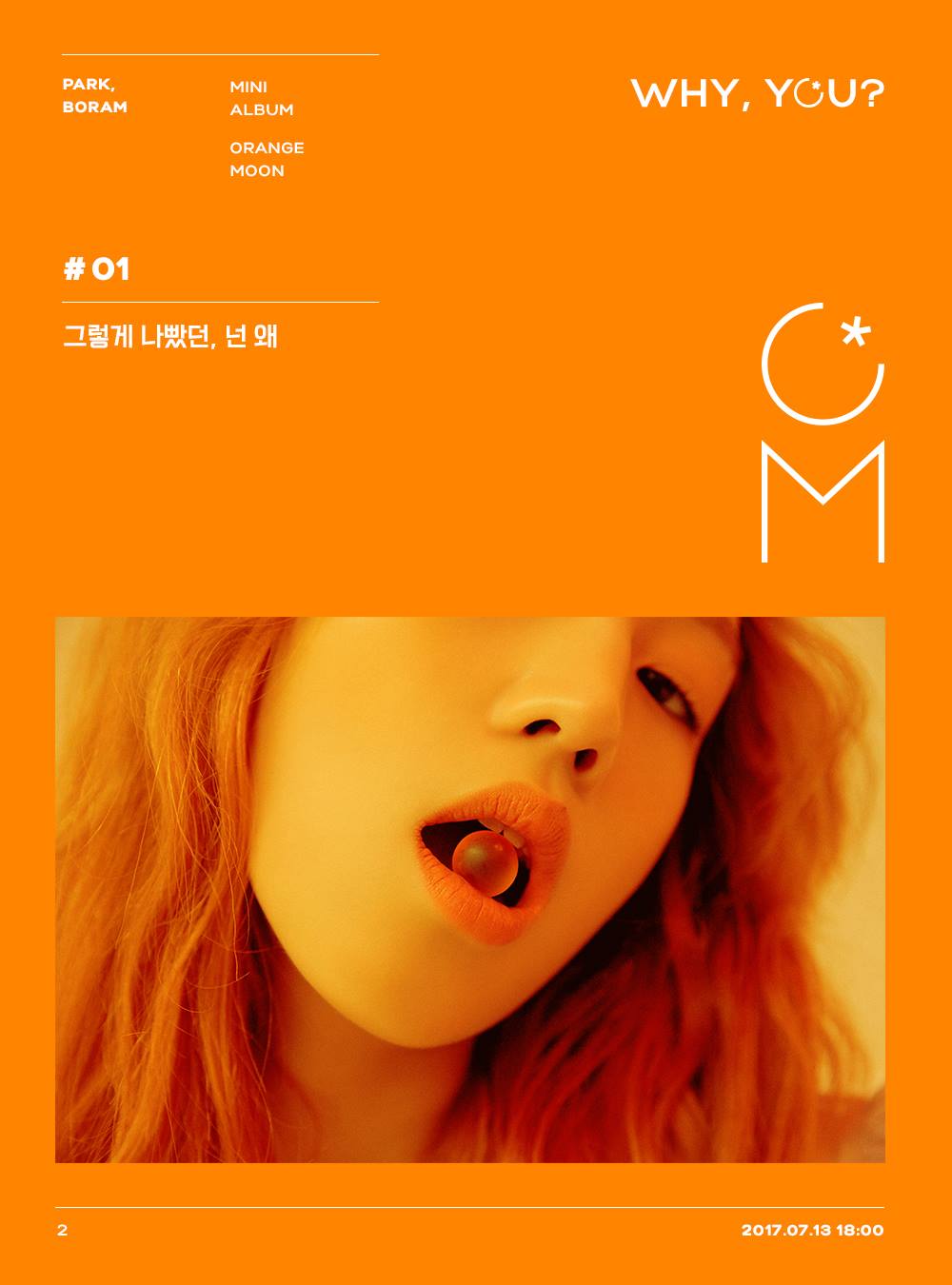 In the second teaser, she is underwater and holding a pile of the same marble-like objects in her hands. The text says, “Why you, why do you linger around me like air?” 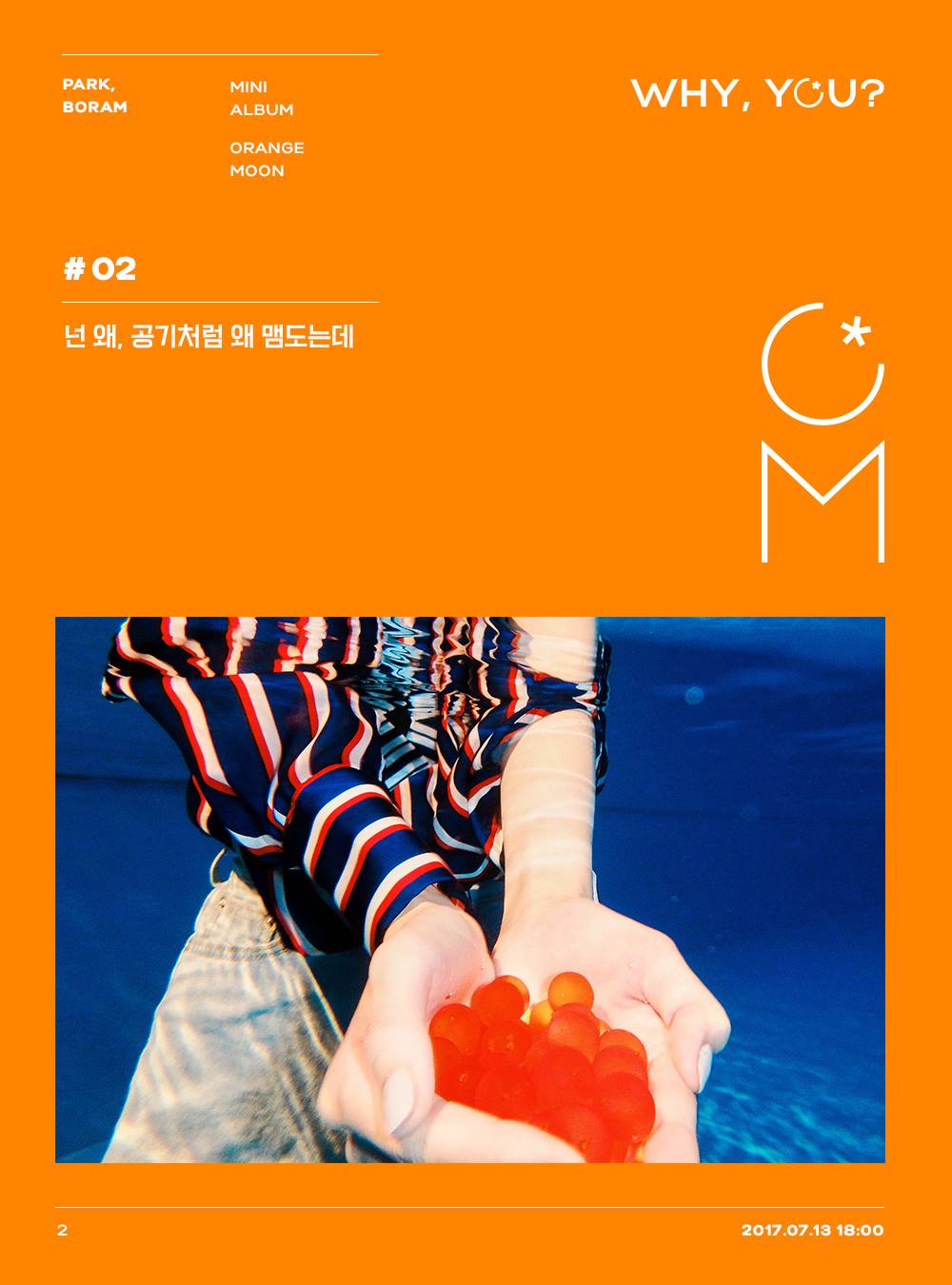