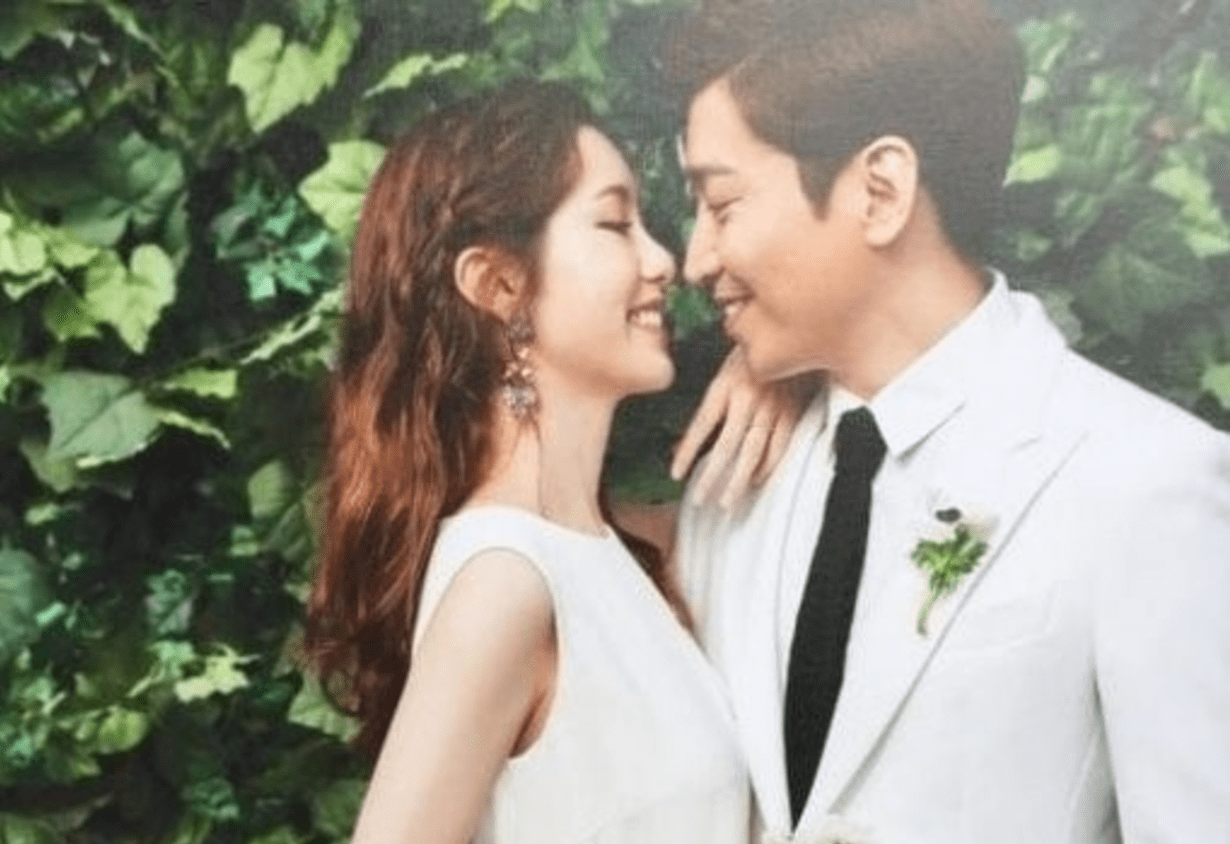 July 7, newlyweds Eric and Na Hye Mi unexpectedly become the center of controversy after allegedly breaking a promise made with a clothing sponsor. However, it turns out the issue was a misunderstanding and a result of lack of communication.

Eric and Na Hye Mi’s agencies have both responded to the news, saying that they were not notified of the scheduled coverage.

Eric’s agency said to Herald Pop, “We didn’t receive word about the schedule from either the sponsor or the PR agency. The wedding and honeymoon were all paid for out of pocket; why would we create controversy because of a sponsorship?

“If [Eric and Na Hye Mi] knew the reporters were at gate B and wanted to avoid them, they would have come out of gate E or F, not C. They really didn’t know. They just went the way that they usually do,” said the agency on Eric’s behalf, stating that Eric thought the reporters were there to photograph actor Lee Byung Hun, who was also returning to Korea that day.

“Being on tour with Shinhwa, Eric has been photographed for airport fashion countless times. Each time, he was never notified of the schedule beforehand; he just thought that if reporters were there, then he would take pictures. Under no circumstances did the couple try to avoid reporters.”

Na Hye Mi’s agency also spoke to OSEN, saying that the wedding and honeymoon were private matters, so the agency didn’t know anything about it, nor the sponsorship, which was handled through Eric’s side.

Continuing, Na Hye Mi’s agency said, “We just found out about this through the news, so we’re quite taken aback. They’re not people to lie; there must have been a misunderstanding. It’s regrettable that this issue arose as a result of lack of communication. It seems this happened because the two went on vacation without any staff with them, and it would have been impossible to make proper arrangements.”

According to Xportsnews, the PR agency that handled the sponsorship admitted to their failure to confirm arrangements. They said, “We should have made sure of the schedule through their manager and agency, but we weren’t able to do that. It’s true that Eric was not notified about the schedule.”

Another source from the PR agency stated to MBN Star that they will be releasing an official statement soon.

Eric
Na Hye Mi
How does this article make you feel?