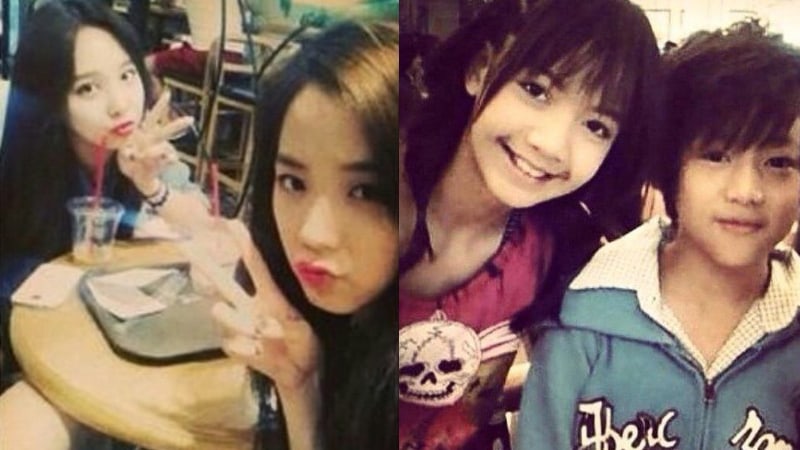 During the show, a listener sent in a question about Jennie’s friendship with TWICE’s Nayeon, and Jennie revealed, “We have known each other since we were trainees.” She continued, “We don’t have any free time now, so were actually able to hang out more freely during trainee days. If we meet at broadcasting stations when we’re promoting at the same time, we always make sure to find each other.”

DJ Choi Hwa Jung followed up by asking the other members who they are close with, to which Jisoo responded, “I am also close with Nayeon. When we were trainees, the three of us hung out together often.”

Rosé shared, “I have sort of become close to TWICE’s Chaeyoung who has the same name as me,” referring to her Korean name Park Chae Young. She explained, “We haven’t had the opportunity to become extremely close yet, but we have exchanged phone numbers and such.”

Lisa mentioned fellow Thai idols Sorn of CLC and BamBam of GOT7 and added, “I have known BamBam since we were little kids.”

Meanwhile, BLACKPINK is in the midst of promoting their newest title track “As If It’s Your Last.”