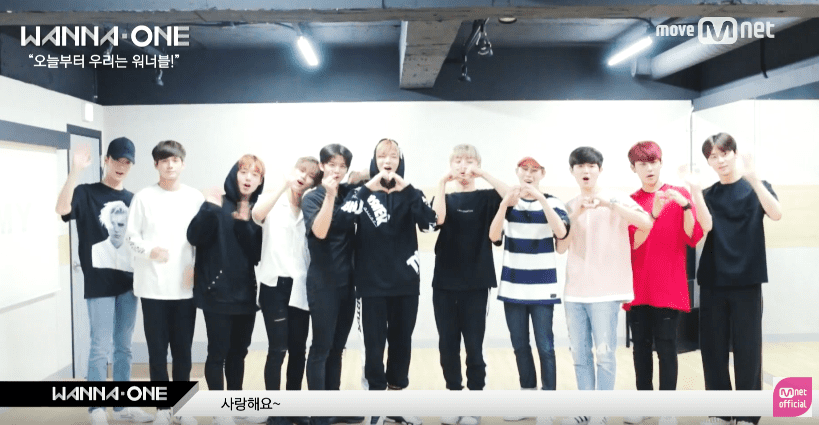 Wanna One has finally revealed their fan club name!

On July 7, Wanna One released a video titled “Wanna One Go Ep. 0,” where the 11 members were seen discussing possible fan club names.

In the video, the members looked through the different names that were personally suggested from fans, such as “One Holic,” “Wanna Pick,” and more. Some of the members talked about having the fan club name contain something related to “Produce 101 Season 2,” while other members considered picking a name that would sound cute to say.

In the end, the group chose the name Wannable, which is the combination of the two words “Wanna” and “Able,” to mean that the group and the fans could achieve anything they wanted together.

Wanna One ended the video with their official greeting, and with Kang Daniel asking, “What do you think ‘All I Wanna Do’ actually means? And who do you think came up with it?” and all the rest of the members adorably saying things like “Aren’t you curious?” or “I won’t tell you!”