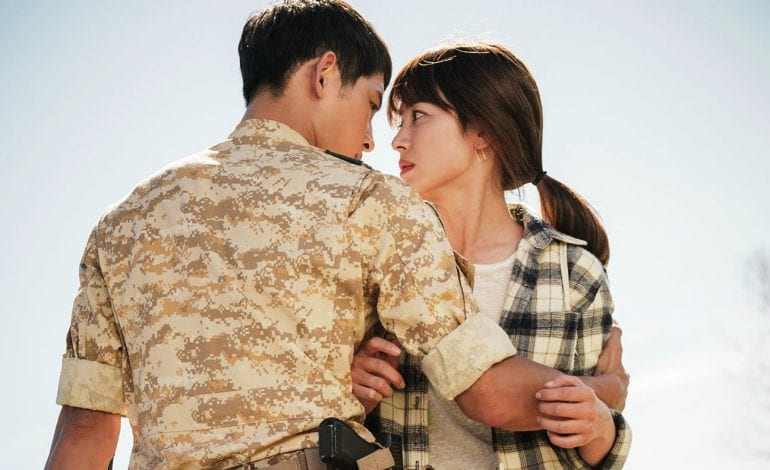 After the news broke on July 5 that Song Joong Ki and Song Hye Kyo will be married, a Japanese Twitter user wrote, “I knew about this because I heard about their proposal event.”

The user wrote that one of their friends saw the couple while working part-time at a restaurant at the time. The user said, “I heard from my friend who was working at the restaurant that [Song Joong Ki and Song Hye Kyo] came with their staff and that they held an event there.” 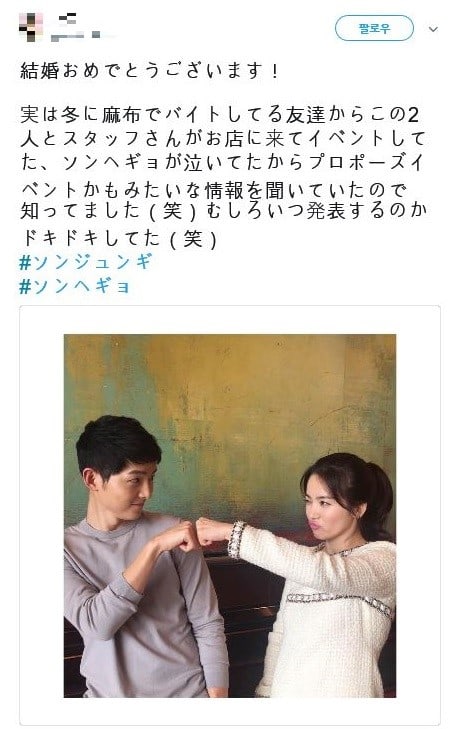 The user continued, “I heard that Song Hye Kyo cried after the event. I was looking forward to when they would make their marriage announcement. I’m not 100% sure if the propose happened this day but there was definitely an event that day.”

“I really wanted to talk about it. The two of them looked quite close, so I was certain they would get married. It bothered me that they denied that they were dating every time the rumors surfaced.”

Meanwhile, media outlet Dispatch released pictures of the two of them on a date in Tokyo last January and reported, “Song Joong Ki confessed his true feelings to her that day in Tokyo.”