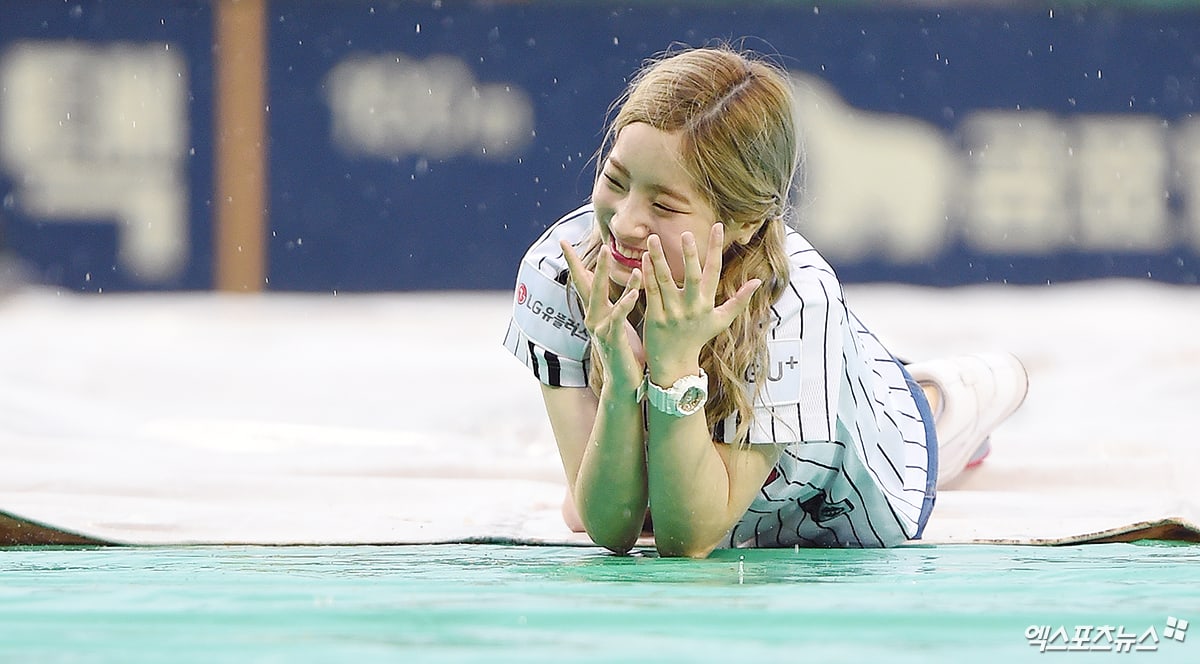 Watch: TWICE’s Dahyun Makes The Most Of Canceled Baseball Game Where She Was To Throw First Pitch

TWICE’s Dahyun surprised her fans by still entertaining the crowd at a canceled baseball game that she was supposed to throw the first pitch for.

On July 7, Dahyun was scheduled to throw the first pitch for the baseball game between LG Twins and Hanhwa Eagles; however, due to rain, the game was canceled.

Normally, when a game is canceled due to rain, the athletes of the home team do a ‘rain ceremony’ for the fans who made it out for the game by sliding on wet plastic mats. This time, Dahyun also took part in the ceremony by running from the third base and sliding into the home base.

Dahyun said during a V Live later, “Thank you for giving me so much attention.” She explained, “I heard that the athletes would slide on plastic mats if the game is canceled due to rain. So I told the staff there that I would like to do it as well, and they allowed me to do it. I’d like to thank the staff at LG baseball club.”

TWICE
Dahyun
XPN
How does this article make you feel?