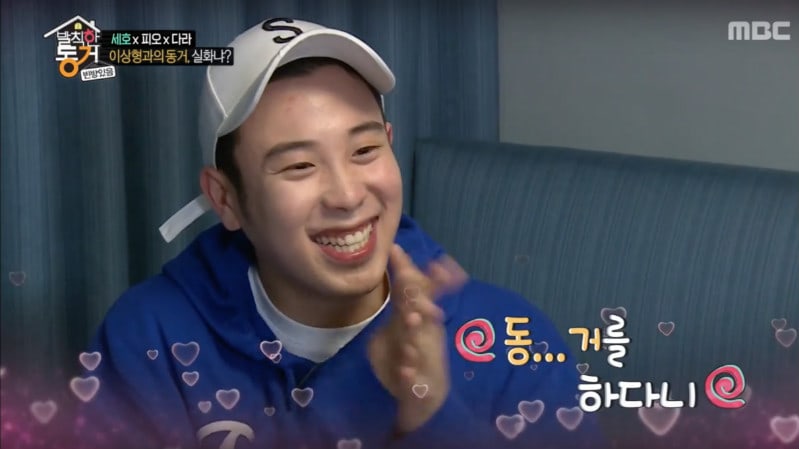 Block B’s P.O could not control his laughter after finding out his newest housemate is Sandara Park.

Housemates P.O, Jo Se Ho, and Sandara Park got together for the first time on the latest episode of “Living Together in Empty Room.” Previously, P.O had mentioned many times that his ideal type was Sandara Park. So after he finally met the woman of his dreams, he was starstruck and did not know what to do.

During their first encounter, P.O could not make eye contact and could barely talk to Sandara. However, his face showed everything because he smiled and acted shyly the entire time. And after a long and awkward silence between the three roommates, Jo Se Ho broke the silence by offering a tour of the apartment.

Meanwhile, Sandara Park opened up her own YouTube channel ahead of the premiere of the new season of “Dara TV.”

How would you react if you met your ideal type?

Block B
Sandara Park
P.O
Living Together In An Empty Room
How does this article make you feel?