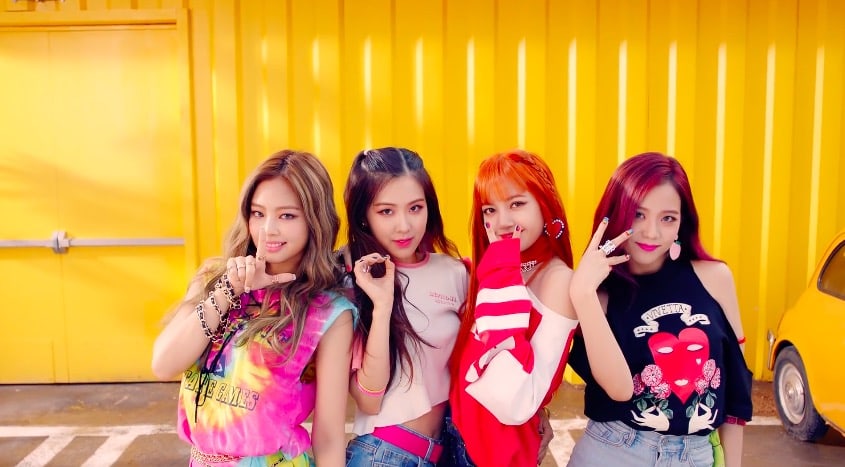 There are a lot of changes on our chart this week! Both the top two songs are from outside the top 10 from last week. BLACKPINK continues the perfect start of their career, scoring their third No. 1 song with “As If It’s Your Last.” In 2016, they had two No. 1 songs on our chart last year with “Whistle” and “Playing With Fire.”

They are finally coming back with their third single “As If It’s Your Last,” jumping from No. 12 to No. 1 this week. “As If It’s Your Last” is an uptempo song made for the summer season. The lyrics are about a woman who wants her man to love her as if she is the last person he will ever love. This song also won on “Inkigayo” last week. Congratulations to BLACKPINK!

Moving up nine spots to No. 2 is MAMAMOO’s new song “Yes I Am,” which is the title track of their fifth mini-album “Purple.” “Yes I Am” is a cute dance track in which the members show off their charms in a lovely way. The lyrics describe a confident woman who loves herself. “Yes I Am” won on “Music Core,” “M!Countdown,” and “Show Champion” last week. However, BLACKPINK has a big advantage over MAMAMOO on our Soompi Airplay. Therefore, “Yes I Am” settles at No. 2 this week.

Girl power prevails this week, as TWICE rounds out an all-female top three with their track “SIGNAL.”

There is one more new song in the top 10. Debuting at No. 10 is Apink’s “FIVE.” This is the title song of Apink’s sixth mini-album “Pink UP.” Written by Shinsadong Tiger, “FIVE” is a dance song that sends a hopeful message to listeners and comforts their weary soul by “taking a five.” Apink’s lively and bright image is perfect for this song.